Mr Inman is rather pleased to have found a better means of transport to London culture than actually going there.

Sometimes you get the urge to go down to London to see a play. You go early, on the coach because it’s cheaper, walk around a bit, do the Eye again, maybe pop into St Paul’s, have a bite to eat, watch the river and think about Time, see the play, eat a Chinese meal in Soho, wish you could have what the people at the next table are having but don’t know what it’s called, get a taxi to Victoria, another one from Digbeth.

But it costs big money. Oh lots. And you can’t always be bothered. You might book in advance and it ends up clashing with something else you would rather have gone to, and you can’t say anything now, and it’s soured the weeks leading up to it.

No more of this misery. 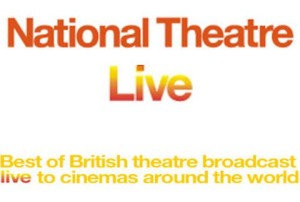 The National Theatre has got a great wheeze going. I only heard about it recently. They broadcast plays, live, over the tellyweb, to cinemas. They do it at mac birmingham. I went last week.

The Curious Incident of the Dog in the Night-Time. Adapted by Simon Stephens from Mark Haddon’s best-seller, it starred Luke Treadaway, Niamh Cusack and Nicola Walker.

You couldn’t fault it. And it was better, a better performance in every way, because the camera could go anywhere: closing up on faces, panning from one angle to another, even going above the action, showing the intricate diagrams on the stage. If I’d gone to see it live, I would have been an extra in someone else’s more illuminating experience.

I left a happy man, having seen a sure-footed professional show which wasn’t afraid to emphasise a truth about being human: that we’re all somewhere on a spectrum, that the terms ‘mad’ and ‘sane’ have no absolute value and that the ‘sane’ often inhabit a world which is truly mad.

And it was a five-minute drive home to my front room and a nice cup of Earl Grey before bed.