Andy Goff has an admission to make.

I have an admission to make. It’s quite a trendy admission and one that’s being talked about – rightly so – more and more. Politicians and their little helpers started this trend so I thought I’d join in. 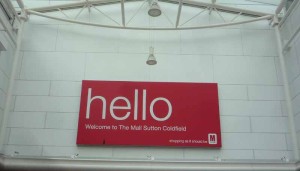 I have suffered from depression over the years.  In fact, just over ten years ago, I was diagnosed with having been clinically depressed for a long time. At that time my dog had died, my marriage had fallen apart and my business partner – 50% of our workforce – had decided to emigrate to Australia. I had reached a bottom so rocky that a man with buttocks turning to stone could not have had a rockier bottom. I was so miserable that kindly strangers would pass me in the street and say “Cheer up. It may never happen”.  At one point I was in a borrowed car parked in a car-park high up on the South Downs contemplating, love, life and fate. A woman in a car parked next to mine got out and tapped on my window to ask if I was OK. She was concerned that I seemed to be at risk of harming myself.

At that time I was living in a flat next to an estuary opposite where I worked. I used to cycle to work and this involved crossing a footbridge. The footbridge had a sign warning that no-cycling was allowed. Rightly so, as it was both busy and narrow. To cycle would have endangered pedestrians.

One morning I was pushing my bike over the bridge and, as I neared the end, I saw a policeman stopping those who were cycling. As I approached him I nodded in acknowledgement and he said to me: “You’re only walking because you saw me”.

My condition was fragile. I was stressed and, as I have explained, life was not good. The policeman’s comment took me by surprise. Why would he say that? Did I look sheepish and guilty? Was he having a bad day as well?

In the end, I sought treatment for my depression. Drugs, a psychiatrist and lengthy psychotherapy – at some cost – eventually brought me out of those darkest of times.

Now, however, I realise that I needn’t have bothered. Instead of responding to that officious policeman – who was after all only doing the right thing – by explaining that, “I always walked with my cycle over the bridge” – I should have said: “Fuck off, you pleb”.

Editor’s note 19th Dec 2012: In the light of recent revelations since this article was published on 23rd September 2012, we would like to make clear that this was entirely fictitious and that there was no bridge over a river – indeed, there was no river – there was no policeman and, perhaps most telling of all, there were no witnesses to anything referred to in anyway. Sutton Coldfield no longer exists.