Birmingham attracted an additional 740,000 visitors last year according to new figures released by industry research body, Global Tourism Solutions. Visitor numbers rose to 33.5m in 2011, up from 32.8m in 2010. The overall value of the city’s visitor economy is now £4.9bn. 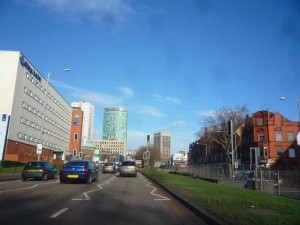 The research, released today by Marketing Birmingham, shows an increase in the number of visitors to the Birmingham area in 2011 – 33.5m tourists visited the city, up 740,000 on the previous year.

The STEAM report, produced annually by Global Tourism Solutions to assess the economic impact of visitors to the UK’s major cities, also revealed that the amount of money spent by visitors to Birmingham last year hit £4.9bn, up 2% on 2010’s total of £4.8bn. This increased spend helped to create an additional 2,126 jobs for the city and surrounding region.

Birmingham’s visitor economy has grown significantly over the last six years with visitor numbers rising by 10% from 30.4m to 33.5m. These figures fuel the sector’s growing economic impact which has also risen by over 10% in the last six years – from £4.47bn in 2006 to £4.93bn in 2011. The strength of the city’s visitor economy has also seen employment in the sector grow by more than 3%.

Sir Albert Bore, Leader of Birmingham City Council, said: “Birmingham’s visitor offer, and its impact on the city’s economy, continues to grow. Visitor numbers are at a six year peak and visitor spend has seen more jobs created in a sector that has become a driver of local – and national – economic growth.

“Birmingham is really upping its game as a visitor destination. The figures show that more people are choosing to spend their leisure time here – consistently and year on year. This is due in no small part to continued investment in our infrastructure, transport networks and marketing of our diverse visitor economy around the world.”

The results coincide with news that Birmingham is set to benefit from a renewed drive to create a lasting tourism legacy for the UK from the success of London 2012.

Culture Secretary Jeremy Hunt yesterday (14.08.12) announced an £8million marketing campaign that aims to triple the number of Chinese tourists visiting the UK, in addition to a further £2million investment in domestic tourism.

Neil Rami, Chief Executive of Marketing Birmingham – which operates the city’s leisure and business tourism programmes, Visit and Meet Birmingham – as well inward investment programme, Business Birmingham, said: “Birmingham has a strong visitor economy that is delivering economic  and reputational returns. The city’s visitor numbers – and their economic impact – are at a high, building on similar positive results last year. Despite challenging economic conditions and pressures on disposable incomes, more visitors than ever are opting to take a break in Birmingham – reflecting the quality, diversity and strength of our offer.

“Birmingham has performed incredibly well in recent years and now, with the afterglow of London 2012 and the Government’s launch of a new campaign to create a lasting tourism legacy from the Games, we are looking forward to a further boost.”

The Government campaign has been welcomed by the city, which saw the number of Chinese tourists almost triple in 2011, rising to 8,000 last year.

Paul Kehoe, CEO, Birmingham Airport, commented: “These latest visitor figures and their impact underline Birmingham’s credentials as an internationally-recognised city to visit and do business.

“The Government’s £8million marketing campaign and its focus on tripling visitors from China mirrors the Airport’s targeting of the Chinese market. Our major investment programme has created a world class global gateway into the city and once our runway extension is open in 2014, aircraft will be able to fly direct from China, as well as the South America, Africa and the West Coast of USA. The strong trade and leisure demand to and from China is clear so securing a direct route into Birmingham is the top route development priority for Birmingham Airport.”

Birmingham was placed firmly in the Olympic spotlight when athletic superstars Usain Bolt, Yohan Blake and Warren Weir, as well as Team GB’s own Mo Farah ‘bigged up’ Birmingham.