Details have been released of this week’s royal visit to Birmingham. 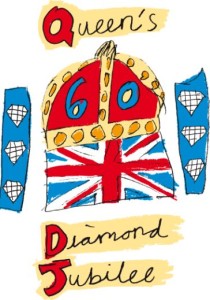 Birmingham will be the latest stop for the Queen’s Diamond Jubilee tour when Her Majesty and His Royal Highness The Duke of Edinburgh visit the city on Thursday July 12th.

Upon arrival, the Queen and The Duke of Edinburgh will be received by Her Majesty’s Lord-Lieutenant of West Midlands Paul Sabapathy,  who will present a group of dignitaries including the Lord Mayor and Lady Mayoress of Birmingham, Cllr John Lines and Kathleen Lines, who will invite the Queen and the Duke to sign the two City visitors’ books – one for the Lord Mayor and one for the City Council – in Victoria Square at 10.10am.

Following this, the Chairman of the Birmingham Assay Office (Ms Kay Alexander) will present a gift of a specially engraved silver plate, on behalf of the city. The Lord Mayor is then set to escort the Queen and the Lady Mayoress will escort the Duke of Edinburgh as they meet with groups of local school children and representatives from local community organisations. Cllr Lines  said: “This will be a great day for the city of Birmingham, during a year of many important events and celebrations for the country. I am honoured and privileged to be a part of this Royal Visit and am sure Her Majesty and His Royal Highness will be delighted by the welcome they receive from our wonderful city.”

A backdrop of entertainment will be provided by the Jazz Ramblers, a four-piece New Orleans acoustic combo, performing as part of the city’s 28th Birmingham International Jazz and Blues Festival. They will be joined by the Chinese Jitterbug Squad, a four-strong all-female dance troupe. To honour the Queen’s presence, the Royal Standard will also be flown above the Council House for the visit.

After their stop in Victoria Square, the Queen and the Duke will head to the Queen Elizabeth Hospital for the final leg of the Birmingham tour.