EZIO – aka Ezio Lunedei and Booga, are one of the most outstanding guitar duos in the UK. 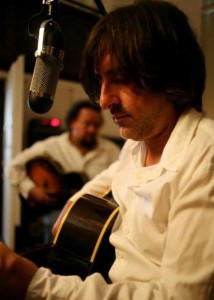 Currently in the studio working on a Greatest Hits package, Ezio’s music has been described as Latin, alternative, country and yet very English song writing. They were once even tagged as Tony Blair’s favourite band, but Ezio are so much more.

A huge success story in mainland Europe spending a good majority of their time touring Germany, Belgium, Spain (when Booga is not out playing in Dizzee Rascal’s band – a complete departure from Ezio but showcasing his talent). They have had chart success at home and around the globe, though their live performances are what excite audiences, creating must attend events.