Claims by BAA that Heathrow Airport is the only answer to forging new air links with China have been further dismissed by Birmingham Airport following a successful visit to the Far East for talks with a number of airlines. 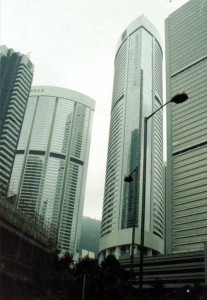 During a three day visit to the Chinese city of Chengdu for the Routes Asia conference, the Airport’s management team, led by its CEO, Paul Kehoe, spoke to airlines about the market potential, particularly highlighting the level of trade between this region and cities across Asia and the demand for direct flights.

There is also a great cultural link between China and this part of the UK and the city of Birmingham has a twin status with the city of Guangzhou in Southern China.

Feedback from airlines was positive, with many carefully considering Birmingham as a new destination once the runway extension is complete in 2014.

Commenting on the visit, Paul Kehoe, the Airport’s CEO, said: “We hear so much from BAA about the UK losing lucrative new routes because of the capacity constraints at Heathrow but the South East isn’t the only solution. Our runway extension will allow aircraft to fly direct from China, bringing investment to the region, and giving airlines and passengers an alternative to battling with London’s congestion problems.

“We now need the UK Government to endorse Birmingham Airport, when it releases its Aviation Policy Review later this year, as a national airport that can offer a rapid and cost effective solution to the aviation gap.”

Routes Asia 2012 is a major networking event designed to bring airlines and airports together. Birmingham Airport had the largest Airport stand at the event and demonstrated strong trading links with China by showing a film about the partnership between the Airport and MG Motors a company owned by Shanghai Automotive.

MG Motor’s MD, William Wang, recently supported a Birmingham-Shanghai route, stating there was serious need for direct flights between Birmingham and Shanghai for business passengers, the Chinese community living in the West Midlands region and the thousands of students that come to Birmingham each year from China to study.

Paul Kehoe continued, “Birmingham Airport currently handles nine million passengers a year but can take double this number today with its current infrastructure. With the runway extension, this will progressively grow to 36m by the year 2030.

“Our runway extension is already under construction and will be complete early in 2014.  The UK Government has said there will be no additional runway capacity for flights into London; it is therefore critical for airports such as Birmingham to deliver direct long haul flights and this kind of positive commercial discussion paves the way for that to happen.  With more direct flights regional airports will play an important part in rebalancing the UK economy and allowing the Midlands to benefit from trade links to emerging markets like China.”