Insolvency experts at Cranfield Business Recovery warn how the smoking ban continues to threaten sports and social clubs across the UK four years on, with membership to the leading union for this sector continuing to decline. 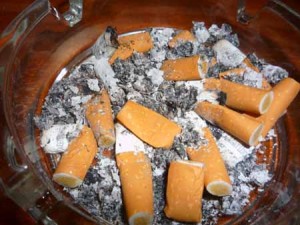 The Working Men’s Club and Institute Union (WMCIU) is the largest non-profit making social entertainment and leisure organisation in the UK, and has seen membership slashed from a healthy 4,100 members to the more recent figure of just over 2,100.

The Union became a partner in a national campaign earlier this year called ‘Save our Pubs and Clubs’ which believes that the health risks associated with second hand smoke are seriously disproportionate to the social and economic impact of the smoking ban, and an amendment could make a measurable and crucial difference to the economic viability of many pubs and clubs.

John Tobin, Vice President of the WMCIU attended a conference in Liverpool last week where he discussed the drastic decline in social clubs.  He said: “The smoking ban hasn’t done social clubs any favours at all. We realise and appreciate that it will never be lifted but there should be some concession, especially given the impact a complete ban has had.

“The supermarkets are also to blame with their cheap alcohol, as people tend to stay at home and watch TV instead of going out now. We really need the government and MPs to look at the facilities for smoking areas, the prices of alcohol and taxation. Our membership numbers have been going down for years but more rapidly since the smoking ban. Fifteen years ago we had around 4,100 clubs and now it is nearer 2,000.” He also stated.

With such enormous pressures on social clubs being able to survive, many are turning to professionals to help them through the crisis.  Cranfield has provided its tailored services to a number of social clubs throughout the Midlands region where they have either helped clubs to recover, or in more unfortunate circumstances they have helped make the insolvency process much easier to negotiate.

John Paterson, office manager at Potters Green Social Club in Coventry said: “Fortunately our club is very successful with a proactive committee who keep it alive. Our success derives from the fact that our rules are strictly adhered to within a safe family environment and we have a strong sense of community. Also we see strong membership participation in all our club teams. However we are not oblivious to the fact that there are a number of factors going against our industry. The smoking ban has been a big negative factor but we have built a very good smoking area. I think the bigger problem is caused by the pricing of drinks in supermarkets and the fact that we are tied down to a brewery restricting us from sourcing cheaper beverages.

Tony Mitchell, managing director of Cranfield Business Recovery, said: “Nationally we’ve seen sports and social clubs facing increasingly difficult trading conditions which has resulted in a significant number ceasing to trade. But tough times don’t necessarily have to spell disaster if advice from professionals is sought early enough. We urge club owners and committees to make use of the expertise available to them.  At Cranfield we’ve helped to guide a number of sports and social clubs towards the most satisfactory solutions, and in many cases this doesn’t have to mean facing closure.”