Nearly half of all middle aged people in West Midlands consider retiring abroad. 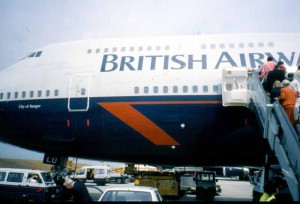 New research shows that almost half (46%) of 45-65 year olds in the West Midlands would consider retiring abroad.

However, the findings also show that 68% of them are not aware that by moving to one of over 120 countries around the world – including popular retirement destination such as New Zealand, Australia and Canada – that their state pension will be frozen at the rate that they first start drawing it in the country that they have emigrated to.

This means that by moving to these countries pensioners miss out on a third of their rightful state pension entitlements over a 10 year period and miss out on half of their entitlements over a 20 year period. The research was commissioned by the International Consortium of British Pensioners and carried out by respected pollsters Opinium LLP; it shows of all 45-65 year olds in the West Midlands:

One in four (24%) 45-65 year olds in the West Midlands said that the level of their Basic State pension is the factor most likely to affect their decision to retire abroad whilst almost one in 10 (8%) said the most important factor is the thought of being a financial burden on their family.

The research also showed that one in five (21%) middle aged people in the West Midlands feel annoyed at the government policy of freezing pensions whilst one in ten (13%) feel angry. The International Consortium of British Pensioners has launched a petition for people to call for a House of Commons debate on the Government’s ‘e-petition’ website, and with over 10,000 signatures it is already one of the most popular petitions in the country: http://bit.ly/BritPensions.

Previous studies have shown that unfreezing pensions would actually save the Exchequer money in the medium term as people retiring abroad means there is less pressure on public services and housing units. The research by Oxford Economics has shown that in 2011 the net benefit to the Treasury of a pensioner moving aboard is £2500 per year.

John Markham, the UK Parliamentary Director of the International Consortium of British Pensioners said: “These figures show just how many people in the West Midlands are thinking about retiring abroad but have little or no idea that by doing so they could eventually lose almost 50% of their state pension entitlements, depending on how long they live.

“The frozen pension policy actively discourages those who have worked hard all their lives and paid their national insurance contributions from moving to join their children. It also means that many of the half a million people currently affected have to live out their old age in destitution rather than dignity. This must change.

“We really need the help of the people in the West Midlands to change this unfair policy and I urge anyone who can, to sign the government e-petition we have set up. If enough of us sign this then the politicians will be forced to explain to the public why it refuses to change this unfair policy even though our research shows that changing it will actually save the Exchequer money in the long term.”

Valerie Vaz, MP for Walsall South said: “It is really worrying that whilst nearly half of 45 to 65 year olds in the West Midlands are thinking about retiring abroad, 68% of them do not know that their pension would be frozen if they moved to some of the most popular retirement destinations.

In the interests of all those in Walsall who are planning to retire to one of the frozen countries, the government should take the earliest possible opportunity to review the evidence on how unfreezing pensions can save the Exchequer money.”

Ron Rose is 84 and lives in South Africa, he said: “I was born and resident in Birmingham, until I was called up for the RAF in 1945. I was demobbed from RAF in 1948, having served in the Army of Occupation in Germany. In January 1952,  I was offered an opportunity by the 1820 Settlers’ Association of emigrating to Southern Rhodesia (now Zimbabwe) as they were encouraging suitable young men to emigrate to the British Colony at that time.  There was no frozen pension law in existence at that time, and I never expected to be deprived of such a right. I settled in Southern Rhodesia, met and married my wife and was hoping to live there happily ever after. Sadly, the year I retired from service as deputy sheriff and messenger of the court, the Zimbabwe financial crisis hit and we lost all our savings to inflation. We were forced to move to South Africa, where my wife’s brother had left us a small house, and try to survive on our meagre pensions, which is just £47 a week for the both of us.“