Companies will be able to experience a taste of Birmingham’s vibrant digital scene at ‘2DigitalDays’, which takes place from November 16-17. 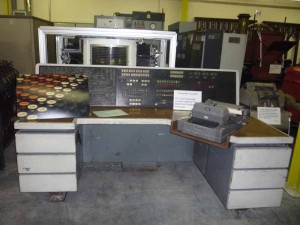 ICL Computer - A blast from Birmingham's past

Hosted by Business Birmingham, the city’s official inward investment programme, the two day event will see delegates link up with industry experts, university specialists and some of Birmingham’s hottest new digital media talent as the city showcases its buzzing and fast-growing digital sector.

A leading centre for digital and ICT, the digital sector employs over 64,000 people in the city. Birmingham is also the UK’s hub for games, serious games and interactive digital media and is home to 21 per cent of the UK games workforce.

As part of 2DigitalDays, companies will be able to attend ‘LAUNCH Future Gaming and Digital conference’ at Birmingham Science Park Aston, which will see over 200 of Europe’s rising stars and industry leaders  attending the conference,  being held as part of Global Entrepreneurship Week.  Key-note Speakers include Minister for Culture, Communications and Creative Industries, Ed Vaizey, as well as experts from Google UK, Blitz Games and Microsoft’s Rare Games Studio.

In addition to LAUNCH, there will also be tours of Birmingham, its digital districts and digital media companies. These include visits to Microsoft’s rare Games studio and BAFTA award-winning firm Codemasters, as well as an interactive tour of BBC Birmingham at the Mailbox.

Businesses attending 2DigitalDays will also have access to a VIP press and media briefing, with top industry press, as well as a 1-2-1 meeting programme and networking drinks reception and dinner. A night in a quality Birmingham hotel or apartment is also included.

Sarah Darch, Investment Manager for Business Birmingham, says: “It’s no secret that Birmingham has one of the most thriving digital sectors in the UK, led by companies such as Sega, Maverick TV, Activision and Centresoft, who have already made the area their home.

“2DigitalDays is an excellent opportunity for the Birmingham to share the city’s big plans in this area, as well as giving companies the opportunity to link up with leading companies and industry experts from the sector.”

Delegate places for 2DigitalDays are available for just £99. For more details, please email invest@marketingbirmingham.com or log on to www.businessbirmingham.com