Birmingham City Council is asking you to tell them how to spend your money. 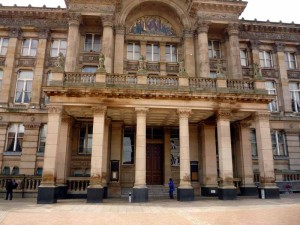 Details of Community Forum meetings – being staged as part of Birmingham City Council’s public consultation on its 2012/13 budget proposals – have been announced.

Anyone interested in having their say on the proposals, launched last week, is invited to attend any of the sessions detailed below.

Cllr Randal Brew, Cabinet Member for Finance at Birmingham City Council, says: “The council sets a budget which involves spending £3.5billion of taxpayers’ money – as a result, the council is keen to ensure the public has its say. The proposals put forward have been developed to ensure they meet the council’s service priorities of protecting vulnerable people, improving job prospects, improving education and making Birmingham a clean and safe city to live and do business in. The council has already made significant savings as part of its contribution to reducing the national deficit and the authority acknowledges that, like all councils, it still has more to do. Absolutely no final decisions have been taken yet – now is the opportunity for citizens to make their views known on what is proposed by elected members before our final budget is set next year.”