Local people are further being praised for their restraint. 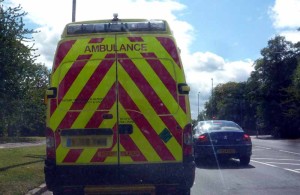 Further confirmation that the region seems to be returning to normal comes from West Midlands Ambulance Service, who earlier this evening  thanked members of the public for the restraint being shown across the conurbation today.

As of 21:00hrs, the Trust had not received any calls to incidents of disorder.

“I would echo the views expressed by community leaders that there needs to be calm so that the area can move on whilst showing our respect for those that have so tragically lost their lives or been injured.

“Our thoughts and deepest condolences go to the families and friends of those who died last night.

The Trust has also reassured the people of the West Midlands that a regular 999 service is still fully operational across the area.