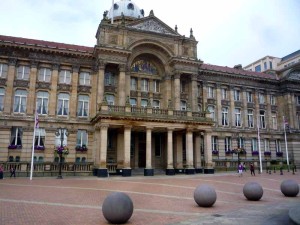 Council Scrutiny Committees were criticised in my article ‘Behind the cuts’  for not being up to the job of keeping a check on council spending, but it seems that one of them is at last getting its teeth into the state of the finances. The councillors on the Finance Scrutiny Committee have discovered (Birmingham Post 30 June) that the council has borrowed a great deal of money to build the new library and to buy up the Pallasades shopping centre for the New Street redevelopment.

They have been shocked to learn that Birmingham now owes more per head of population than any other council in the country. The cost of repayments will reach £2.5 billion by 2012, which works out at £43 on every Council Tax bill.

Of course it is good to know that councillors have confirm the informed hunch of a non-expert outsider who was prepared to probe the annual budget and ask the right questions without the help of expert staff that are available to councillors. Unfortunately they have woken up long after the major decisions have been made when they are pretty well irreversible. Their huffing and puffing amounts to little more than a way of salving the consciences of councillors who either belong to the opposition or are members of the ruling coalition who sit on the back benches.

Councillors should be scrutinising the process leading up to major decisions not reacting to decisions that have already been made when it is too late to change them.

But councillor Whitby need not fear the Finance Scrutiny Committee in future if all that he can expect is a mild rebuke from Councillor Ian Ward of the Labour Party who is reported saying  ‘We need to be assured when the Council budget is set for next year that the executive is not busily increasing borrowing even further’.

I don’t imagine such an assurance will be forthcoming.