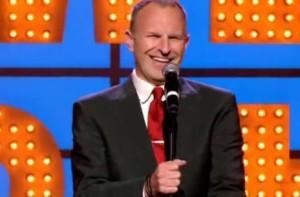 ‘Fringe Magnet’ is the debut national tour from the man who’s written for and collaborated with the likes of Dara O Briain, Sean Lock, Jimmy Carr and Marcus Brigstocke. Evans’ radio and TV writing credits including 8 Out of 10 Cats, The Odd Half Hour and Would I Lie to You?, while he’s also one of the main writers on Lee Mack’s hit BBC1 sitcom Not Going Out and supported Mack on his recent 106 date UK tour.

In 2005 Evans was honoured as one of only three British comics invited to perform at the prestigious Aspen Comedy Festival, alongside Stewart Lee and Eddie Izzard.