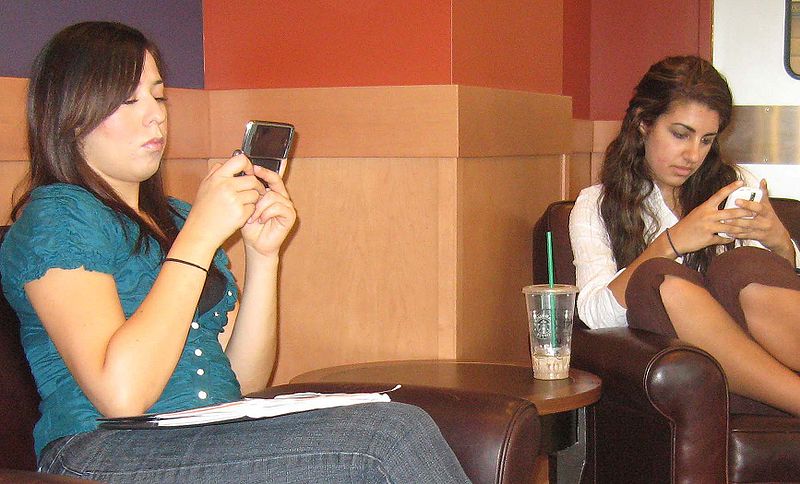 I have always been suspicious that everytime I pick up a mobile there is a digi-signal lining up a bullseye inside my head.

How can it not effect your neurology to have this thing surgically attached to your ear day after day?

I have had a mobile for more than a quarter of a century- I remember the ones we used to call a ‘brick’ that would tear a hole in your pocket because they were so cumbersome. And ones that went dead inside of two minutes if they weren’t connected to a nuclear reactor. And ones that had a signal that never went beyond three yards from your ear or were susceptible to those weird ‘black holes.’

You could say I  have had  alot of time to think about these potential unknown dangers.

Well, a new study by international experts contends that mobiles just may be linked to what is termed ‘cancer causing agents.’

The warning comes from the International Agency for Research on Cancer after reviewing a series of professional studies. The agency is part of The World Health Organisation and its report now gets kicked upstairs for more worldwide medical experts to assess.

It could be sobering news for a world that wants….needs…demands…a mobile pinned to its head.

The panel points to what it terms limited evidence that mobile use can be linked to two types of brain tumours. But as of yet there is inadequate evidence to draw conclusions for other cancers.

I personally have been so sceptical of mobiles and health that I am one of 67,000 UK residents taking part in a huge study undertaken by Imperial College in London.

The research is called UK Cosmos and is part of an international investigation that may throw more light on the controversy and aid in learning more about this possible threat.

The team at Imperial assesses your personal health and monitors it too in conjunction with your mobile usage and then will look for patterns.

It is serious stuff. This month it will begin to collect another batch of information from us 67,000 participants for analysis.

The first COSMOS publication, which describes the design and set up of the international COSMOS cohort, has already been published in the February 2011 issue of the journal Cancer Epidemiology

If you want to know more or even sign up, here is the site: