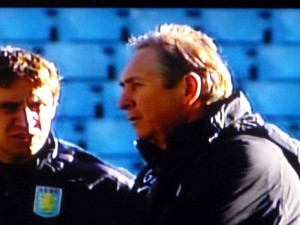 “It will be about contracts, staff cars and the annual sacking of the manager.”

These were the words of an Aston Villa ‘insider,’ talking about the agenda for the regular end of season board meeting twenty years ago this month. The manager, Dr Joszef Venglos, did indeed leave the club and looking back, it seems incredible to remember the stir Venglos’s arrival caused. The first foreign manager of a top-flight English club was big news, with the appointment of the Czechoslovakian doctor of philosophy regarded as a ‘brave’ and ‘courageous’ move by those who were glad it wasn’t their club taking the gamble.

Venglos’s time at Villa was not a success with relegation only avoided in the final week of the season just a year after finishing runners-up in the old first division. The manager was also subject to some sustained criticism, much of which crossed into xenophobia. His big problem was that he tried to bring a European approach to players who were used to English ways, and in the words of the late Villa player Paul Birch, “He might have done better a few years later, when the European ideas were more accepted.”

Gerard Houllier has not suffered from such ignorance, although some of the stick he has received has been equally unfair. Houllier joined Villa at an awkward time and has had to cope with a mountainous injury list as well as a national media keen to find fault wherever possible. While Venglos had difficulty in combating a century of English football insularity, Houllier has had his own problems in dealing with the aftermath of his predecessor Martin O’Neill, who could reasonably be described as one of the most old-fashioned managers in the game. However, Gerard has been his own worst enemy at times, with inopportune comments about players and opponents, contentious decisions and poor results.

Houllier appeared to have been over the worst in terms of results and criticism, and could have been looking forward to a summer of shaping the Villa team in his own image were it not for the heart problem which saw him confined to hospital last month. As a result, his nine month reign as Villa manager appears to be over. 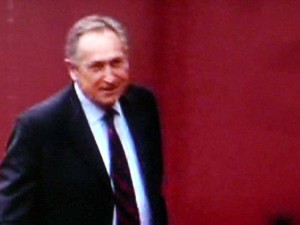 The club have acted as quickly as they could; an earlier decision would have been unduly hasty and to appear to take someone’s job away because of illness would not only leave them open to possible legal action but also portray a poor image to the world. Villa could have sacked Houllier months ago during a bad spell of results – instead, owner Randy Lerner backed the manager to the tune of £24 million in the transfer market. Such a record of positive support makes the job of attracting a successor to Houllier much easier.

Houllier may well be given some sort of part-time job with the club to take advantage of his experience and contacts on the Continent. Here, the similarities with Venglos continue – the Czech was named Villa’s Director of European Scouting when relieved of his managerial duties, although it’s doubtful he ever returned to Villa Park in a business capacity.

History has treated Jo Venglos well. Despite a return to British football as manager of Celtic in 1988 lasting no longer than his time at Villa, he is now generally regarded as having been the right man at the wrong time – Dwight Yorke, for example, has talked about how he found Venglos’s methods to have been a great help in developing his career. It may be that the work already done by Houllier will help make his successor’s job easier and in years to come his time as Villa manager will be looked at more objectively.