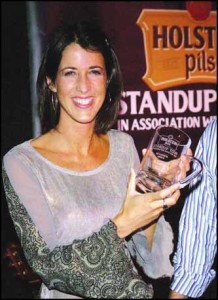 Wolverhampton on the Fringe, Light House’s new and exciting comedy season 2011 continues this June featuring some of the best comedians, new faces, and seasoned-pros on the circuit.

It’s a chance to see sneak preview performances before they are taken to Edinburgh Fringe in August 2011. The season kicked off last week with performances from John Scott and Jason Cook proving a success, with audience’s experiencing an enjoyable night of brand new comedy. The second show of the season will feature comedians Sally-Anne Hayward and Susan Murray performing on Thursday 9 June, doors open 8.15pm, for 8.30pm start. Tickets cost just £12, over 18s only.

At this special season audiences could be watching the next big thing to emerge from Fringe festival. Sally-Anne Hayward is already a well known comedian in the comedy circuit, she has accomplished radio presenting, stage and TV acting credentials. She has featured in BBC’s Absolutely Fabulous, has been a winner of Holsten Pils ‘Fans of Comedy’ award and is a regular performer at Glastonbury Festival. Another comedian who is a regular on the comedy circuit is Susan Murray and shes also local to the Midlands. As the winner of the first ever Jongleurs competition Susan has emerged as one of the best female stand up comedians around.

Nick Clarke, who attended the first show in the season said “All Edinburgh festival preview shows are essentially audience testing and so run the chance of being a relatively unknown quantity, but if last nights Wolverhampton on the Fringe show at Light House was anything to go by, this season will be a big HIT! It was really enjoyable night of laughs and I can’t wait for the next one!!”