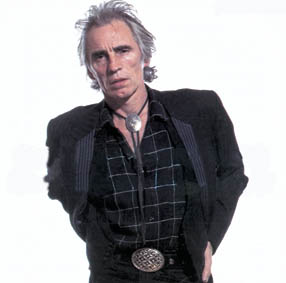 Thursday sees the Robin 2 in Bilston playing host to a top-class array of local talent, and if that’s not enough it’s in a good cause as well.

Scott Matthews released his ground-breaking single Elusive in September 2006. This received heavy radio airplay and won the Ivor Novello Award for Best Song Musically and Lyrically. Since then Scott has embarked on a number of sell-out headline tours and played with some of the biggest names in the world, from Foo Fighters and Snow Patrol to Tori Amos and Robert Plant.

Steve Gibbons is one of the mainstays of the Midlands’ music scene. From his time with the Uglies at the forefront of Birmingham’s fledgling music scene in the sixties, via chart success with his own band and such highly-acclaimed work as the Dylan Project, Steve is one of the most respected and best-loved musicians the area has produced.

Stourbridge’s Ian Parker is now one of highest-regarded blues guitarists in the country. Since his first album in 2003, Ian has maintained a rigorous touring schedule that has made him a firm favourite on the European blues circuit. Along the way Ian has undertaken many appearances for radio and TV both here and in Europe including Germany’s top music show Rockpalast.

Lucy and the Rambler, comprised of cousins Lucy May Gill and Danny J Gauden, have been songwriting together since the age of 14. Forming Lucy and the Rambler in 2010, their blend of folk and blues is attracting appreciative audiences.

Tickets for the evening are £15 –which would be money well spent to watch just one of these acts – and proceeds raised from the event will be donated to the Newlife Foundation for Disabled Children, dedicated to providing practical help for disabled and terminally-ill children and their families throughout the UK.