Villa lose to Liverpool with Dave Woodhall wondering what comes next.

It was always going to be a strange day. The kick-off time never helps, but we should be used to that by now. The long lay-off meant that it was a bit like a new season and we were playing Liverpool, which invariably means that the atmosphere is diluted by camera-wielding tourists.

Some things never change, so our World Cup star was missing and our other World Cup notable wasn’t in the team, either. Throw in a couple of injuries and you start to see how much team strengthening still has to be done. Unai Emery was attempting to become the first Villa manager to win his opening three league games, but however difficult that might have been was made even harder within five minutes when some slack marking and quick Liverpool movement put us a goal down. 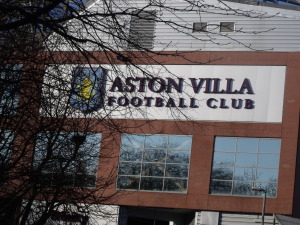 Villa came back and could easily have scored a couple; Leon Bailey totally miscued what should have been a straightforward chance while Ollie Watkins was just as inaccurate with a header. You can’t afford to do that at this level, and you can’t afford to leave opposition forwards unmarked at a corner either, particularly when you already had a couple of chances to clear the ball.

This is the time when you miss a keeper of Emiliano Martinez’s ability; Robin Olsen wasn’t at fault for either of the goals but neither did he inspire any sort of confidence in Villa’s backline.

To their credit Villa started the second half sharply and when Ollie Watkins headed in Douglas Luiz’s cross with half an hour remaining, a memorable Boxing Day comeback looked possible. Villa continued to waste what few chances they had and a Liverpool break saw Olsen’s save fall clear and again there was slack marking from defenders who should have been showing more urgency to track back. There was no coming back from that and for all Villa’s effort, there were no points either.

On another day, and against other opposition, Villa could have got something from the game. They created enough chances and at times looked impressive. But, as is invariably the case, too many of the chances were wasted and nothing came from the periods when we were in charge. Liverpool did it without thinking while Villa were laboured. May as well treat it like the start of a new season and look for the positives – Boubacar Kamara looked impressive and alongside Douglas Luiz that seems to be one area sorted. John McGinn also did well.

Against that, the defensive pairing of Ezra Konsa and Tyrone Mings still look unsteady, Leon Bailey is inconsistent, Emiliano Buendia can be kept quiet too easily and neither of our first-choice strikers could be described as deadly predators. The manager could also be criticised for failing to bring on substitutes until the game was lost, and although the bench was lacking in potential gamechangers we’ll never find out what the younger ones are capable of until they get the chance.

At least we know where the problems lie and, as I keep saying, Emery wouldn’t have taken the job without guarantees that he’ll get the opportunity to fix them. The next few weeks could be significant.