I’ve repeatedly said that stats aren’t everything, and regretfully that proved correct as Blues dominated play at Ewood Park and had far more shots but still contrived to lose. 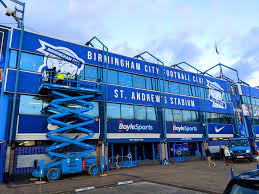 Admittedly it was against a top two side in Blackburn Rovers but it was still disappointing to see our normally dependable defence leak a couple of goals. Still, I would rather dwell on the positives, which were many. More than holding our own away to on of the best teams in the division we played some excellent football and it says everything that the opposition keeper was man of the match.

George Hall had another excellent game, as did the returning Juninho Bacuna and it was also good to see the Juke and Jordan Graham coming on to create problems.

Finally, it’s worth noting that a very credible Blackburn side are full of home-grown talent and have an average age of 23. This is a route Blues seem to be starting to go down, and long may that trend continue.