Andy Munro has something to smile about as Blues win at Preston.

A shot shy Blues on a losing streak, away to an unbeaten team who don’t concede goals sounded like the fixture from hell. Luckily EFL football rarely delivers the predictable and so it proved at Deepdale. 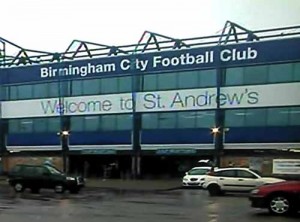 In fairness, the Blues line up was a well balanced one, with Maxime Colin and Jordan Graham flanking the three centre halves; arguably our biggest strength with the imposing John Ruddy behind them. The three midfielders were also well balanced with the welcome return of Tahith Chong alongside an impressive anchor man in Krystian Bielik. This left the mercurial Juninho Bacuna to influence things further up the pitch, as he did with the only goal of the match as Colin finished off a fine move.

Scott Hogan should have probably added to our tally whilst alongside him, Troy Deeney was methodical and economical without setting the Blues on fire. was also heartening to see John Eustace use his subs, trusting not only the Juke but four youngsters in the shape of George Hall, Hannibal, Jordan James and Jobe Bellingham, who all helped see the game safely out.

All in all a vital and welcome three points that sees us back in the pack of clubs where any further win can see rapid progress up the table.