Staff and suppliers of Birmingham building services specialist JS Wright are set to embark on an epic challenge to support a charity that cares for children with life-threatening illnesses.

The team are heading to the Lake District this Saturday, 17th September to take on the Lakes Triple Challenge with the aim of raising as much money as possible for Warwick-based Molly Ollys, the company’s adopted charity.

Thirty colleagues from Aston-based JS Wright and its sister company Wright Maintenance, along with six suppliers, will test themselves trekking, biking and kayaking across the national park throughout the day. 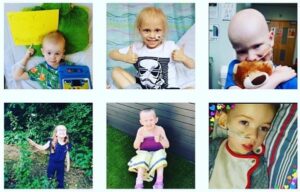 Their challenge will be to kayak across Coniston Water, bike ride through Grizedale Forest and trek to the summit of the iconic peak of The Old Man of Coniston. They will also pay their respects to Her Late Majesty the Queen.

Charity organiser Angie Swann said: “Our target is to raise £5,000, which is enough to pay for ten wishes for the children that Molly Ollys supports. The challenge is part of our efforts throughout 2022 to help bring some magic into the lives of desperately ill children during their darkest moments.”

Molly Ollys provides emotional and financial support, where appropriate, to children throughout the UK with terminal and life-threatening illnesses.

JS Wright staff have already raised more than £2,000 for the charity from events including a sponsored football match, a one million steps marathon, a virtual walk to the company’s London office, and a dress down day before the Platinum Jubilee Weekend.

Rachel Ollerenshaw, Co-founder of Molly Ollys, commented: “We are so grateful to the JS Wright team for choosing Molly Ollys as their Charity of the Year. They have already raised lots and every penny makes a real difference to children facing the most terrifying health challenges.”

You can support the team’s efforts at JustGiving.