The organisers of a fun bar event in Birmingham have spent more than £25 on new marker pens after a legal name challenge from officials at the Commonwealth Games.

The wrangle involves what was formerly known as the Commonman Games, launched on Tuesday by Westside Business Improvement District as a selection of harmless, fun bar games that anyone could take part in free of charge.

The events were created to help celebrate Birmingham’s Commonwealth Games 2022, but officials from those Games then angrily reacted bythreatening to sue Westside BID for using a name that was too “similar visually and aurally”.

The brand protection manager for the Commonwealth Games said: “We cannot allow the businesses involved in the delivery of the Commonman Games to benefit from this association [and] therefore ask that the name of the event is changed.” 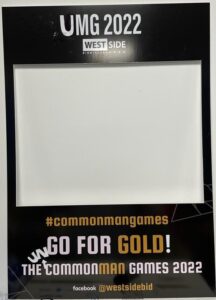 As a result of the legal threats, Westside BID’s office staff and street wardens have been busy overnight with marker pens changing the event’s name on posters and signage to the ‘unCommonman Games’.

Mike Olley, general manager of Westside BID, said: “The Commonwealth Games contention is wholly misconceived, has no resonance in case law and is quite simply a flawed consideration.

“This is particularly the case when you consider that ‘Cashgrabber’, ‘Beer Pong’ and ‘Crazy Golf’ are amongst the array of games offered by the Commonman Games, which only take place inside licensed premises.

“Indeed, it is our strong view that when Parliament passed the Commonwealth Games Act, no Member of Parliament would have supported the bill if they considered it to prevent harmless events such as the Commonman Games.

“It is our opinion that individuals within the Commonwealth Games Organising Committee are taking themselves a little bit too seriously.”

Mr Olley explained that despite not agreeing with the objections by Commonwealth Games officials, Westside BID had decided to rename its events as the ‘unCommonman Games’ to prevent any chance of wasting time and money on legal action.

He added: “Despite the ridiculous position presented by individuals of the Commonwealth Games, we are complying with their ludicrous request and are now renaming the Commonman Games as the unCommonman Games.

“Our office staff and wardens have been equipped with marker pens that have cost us around £25 and will be busy adding the ‘un’ to our posters and signage as soon as possible.”