The latest Birmingham Jazz promotion will see British sax player brining his band along to the Jewellery Quarter on Friday 8th July. 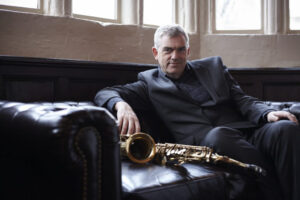 Chris studied clarinet, piano and composition at Huddersfield School of Music before pursuing a freelance career in music. He was lucky enough to get offered a teaching post at Stoke-on-Trent College almost straight away, which he kept for around thirteen years, and a residency playing saxophone in a function band ironically called the New Sound, which he could only stand for two years.

During that time he played professionally in many contexts, which included touring with The Temptations & Four Tops, The Pasadena Roof Orchestra and The Charleston Chasers.