Moseley Folk And Arts Festival (Friday 2nd to Sunday 4th September 2022) has unveiled the full programmes for both their Arts and Family strands. Guests include iconic writers, historians, comedians and TV names, alongside collaborations, and exciting opportunities to play and learn. 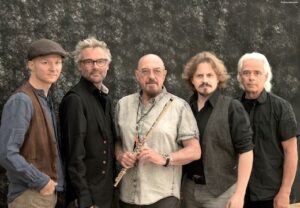 On Saturday, Professor Helen Pankhurst CBE, author of Deeds Not Words: The Story of Women’s Rights – Then and Now, discusses women’s lives, past, present and future, as well as her family links to the suffragette movement, while Poet Laureate Simon Armitage reads verse from his acclaimed collections. The Arts strand winds up in the evening with a multi-national comedy bill in collaboration with The Glee Club. Entitled From Europe With Love, it features Romanian Radu Isac, the Netherlands’ Micky Overman, and Parisian Ceyla AB.

Sunday sees appearances from punk poet and icon Dr. John Cooper Clarke, and comedy siblings Flo and Joan, while rediscovered ’60s folk artist Vashti Bunyan discusses her career with writer Jude Rogers. Elsewhere, Birmingham artist (and charity shop fan) Tat Vision blurs the borders between comedy and art, and Singing For Joy give everyone a chance to find their inner voice and express themselves through song.

Visitors of all ages will also be entranced by the colourful performances by Rajasthan’s elite street circus, Circus Raj, who show off their impressive circus skills.

Moseley Folk and Arts Festival tickets for the under 12s are free, while there’s also discounted tickets for under 16s, plus plenty of choice on the food and drink front, with a great selection of leading street food vendors.

John Fell, Moseley Folk and Arts Festival Manager, said: “While our music acts tend to get much of the attention, we’ve always prided ourselves in being so much more than a music festival – and this year’s line-up really emphasises that with people like John Cooper Clarke and Simon Armitage, but also the array of family activities we have on site, from creative workshops to appearances from people like Nick Cope.”