iconic guitarist Jeff Beck is appearing at Symphony Hall next month as part of a UK tour which also includes two nights at the Royal Albert Hall, and we have two tickets to give away as a competition prize*.

Having cultivated one of the most influential careers in rock history, Jeff Beck is universally acknowledged as one of the most talented and significant guitarists in the world, and has played alongside some of the greatest artists of rock, blues and jazz. 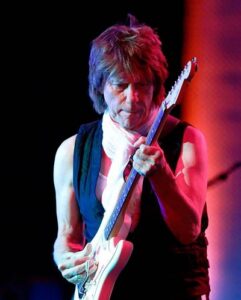 Over the course of his distinguished fifty-plus year musical career, he has earned an incredible eight Grammy Awards, been ranked by Rolling Stone as one of the 100 Greatest Guitarists of All Time, and been inducted into the Rock & Roll Hall of Fame twice.

Jeff will be joined on the tour by special guest, the Grammy Award Nominee and BRIT Award winning singer-songwriter Sharon Corr of The Corrs.

Jeff Beck will be playing Symphony Hall on 6th June. Tickets are on sale now, but to be in with a chance of winning a pair, send the answer to the following question to birminghampress@gmail.com.

For which band did Jeff replace Eric Clapton as lead guitarist in 1965?

Have your entries in by midday on Friday 27th May and the winner will be notified shortly afterwards.

And if you don’t win, you can still buy tickets for the show, and the rest of Jeff’s tour, here.

*Tickets are for the dates shown. Prize is non-transferable and cannot be exchanged for cash. Travel not covered.