Featuring premiere of newly commissioned work alongside the best of Vaughan Williams.

Birmingham Bach Choir return to St. Philip’s Cathedral on Saturday 2nd April with a special remembrance concert entitled For Those We Loved.

The focus of the night is the premiere of a new choral piece by composer and conductor Paul Spicer entitled Sound The Invisible Trumps. The piece is dedicated to the late Pauline Round, a former Birmingham Bach Choir president who died suddenly in 2017, and also Mike Lloyd, the husband of choir member Merryn Lloyd who passed away of Covid in the early days of the pandemic. 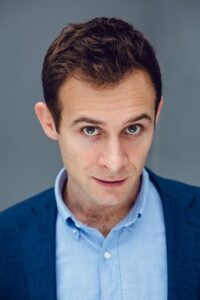 Generously funded by Pauline, as part of her will, each movement of the work uses a different poem for the libretto, including anonymous texts from the 12th century, and verses by Nobel Prize-winning Bengali poet Rabindranath Tagore, Walter de la Mare, and Pauline, who was an accomplished and respected poet. The title – Sound The Invisible Trumps – is borrowed from the opening line of the poem Break Of Morning by English writer, Walter de la Mare:
“Sound the invisible trumps. In circuit vast
The passive earth, like scene in dream, is set.”

Discussing the 23 minute work, which consists of seven movements, Paul says: “It’s essentially a ‘darkness to light’ theme, with the pandemic as the backdrop, and stands as a testament to this very moment in time of pandemic crisis, and to Pauline’s enduring and close relationship with the choir.”

Alongside the premiere, the choir will also be presenting Blest Pair of Sirens, Hubert Parrys’ setting John Milton’s ode At a solemn Musick; Gustav Holst’s Turn Back O Man; and three pieces by one of the greatest English composers, Vaughan Williams.

With 2022 marking the 150th anniversary of Vaughan Williams’ birth, the chosen work represents him at his best: the multi-part Five Mystical Songs, the beautiful Prayer to the Father of Heaven, and the thrilling anthem, Lord, Thou Hast Been Our Refuge – which ends in a blaze of organ and trumpet.

Joining the choir for the concert is prize-winning baritone Ed Ballard (oictured), who will feature as the soloist for Five Mystical Songs.

Birmingham Bach Choir: For Those We Loved is at St Philip’s Cathedral, Birmingham, on Saturday 2ndApril. For tickets and more information see Bachchoir.