Residents campaign to save playing fields as part of Commonwealth Games legacy.

Birmingham City Council is being urged by residents to fulfil its “bold” Commonwealth Games legacy promise by protecting their playing fields from developers.

The Yardley district residents have been campaigning for seven years against plans by Persimmon Homes to build 110 homes on the land in Barrows Lane, which is currently managed by Sports for Life International on behalf of Central England Co-operative Ltd.

Junior football teams, the residents say, have since 2014 been shamefully prevented from using the playing fields, which include a community hall, for organised games. Former Premier League football stars Craig Gardner and Darren Carter used the playing fields when they were youngsters.

The residents have pointed to the Council’s new legacy plan for the Commonwealth Games, Delivering a Bold Legacy for Birmingham, which promises to boost investment into Birmingham through green growth, engage all young people in the Games, and develop programmes to improve health and wellbeing, and bring communities together. 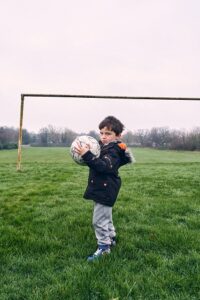 Objectors to the plans for the Barrows Lane playing fields have been warning against the loss of their green space for sporting and health and wellbeing reasons. They also point to its importance as a nature corridor with its own indigenous species, including the snake-like slow-worm which is protected under the Wildlife and Countryside Act 1981.

Fay Goodman, Chair of Yardley Community Trust, said: “With the world focusing on Birmingham this year as the city stages the Commonwealth Games, we look forward to showing how bringing communities and sport together is central to the Games’ ethos, vision and legacy.

“We urge Birmingham Council to keep to its ‘boldness’ promise so that we can avoid a tragedy of justice in seeing these two amazing playing fields on Barrows Lane being concreted over with houses to satisfy builders’ greed and the shareholders of the Central England Co-operative.

“The ethos of the CEC is to wholeheartedly support communities – and they even provide funds to do so. But as a CEC member, I have not once been asked if I agree to such a sale, with its devastating consequences to our community.

“Since the mid-1980s the people of Yardley, along with local football clubs, sports organisations, and community representatives, have fought fiercely to protect these fields not only for sport but also for biodiversity, climate change, public health and air quality reasons. This is also an historic district of the city. Home to one of the oldest tennis clubs in the world, it also suffers from severe traffic congestion and parking issues.”

Fay added: “On a positive final note, Birmingham City Football Club Community Trust are now very keen to protect this land for sporting and community benefit. If achievable, this would be a wonderful outcome for our community and a legacy for the Commonwealth Games!”

Jess Phillips, MP for Yardley, commented: “It is vital that this green space is saved for the local community. After years of campaigning, the Commonwealth Games legacy provides an excellent opportunity to finally secure a sustainable, long-term future for the Barrows Lane sports fields.”

Deborah Harries, Yardley East Councillor, also commented: “I will continue to support local residents in their long-running campaign to save the Barrows Lane playing fields, particularly at a time when engaging in sport and community spirit will be under such a spotlight in the city.”