You told me you’d be waiting to talk at your kitchen table. Is that still in the north-east?

“It is. I live in a village in the middle of Northumberland, about thirty miles from Newcastle so it’s easy enough to get in to meet up with the band and things like that.”

Lindisfarne leaving that part of the country would be like the ravens leaving the Tower.

“It would. We did it once in the early days, it was a condition of our Charisma recording contract that we had to live in London and that saw us last a couple of years. I stuck it out for six but we couldn’t wait to get back.” 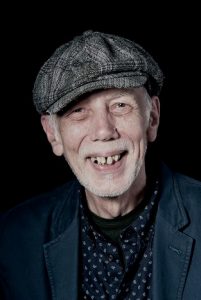 “Yes, living at one end of the country you’re right. But we’re handy for Scotland and as far down as the Midland we can do in day and get back or stop over if we’re travelling down to London like we are at the weekend. It’s much better compared to the days of A roads and greasy spoons. Being a musician was one of the most dangerous occupations as you were driving through the night and a few found out the hard way.”

You were going to be celebrating your fiftieth anniversary last year. Then something got in the way.

“We had big plans for the anniversary. We were getting a beer brewed in our honour rom one of the Newcastle craft breweries, we were going to have a book out and all sorts of things that fell by the wayside. This is the fifty-first year.”

Lindisfarne have been around for so long that people forget just how big you were were. Fog on the Tyne was the biggest selling album by a UK artist in 1972.

“I’m glad to say that some remember and we do pick up a few younger people in the audience. Even if they don’t know the band they recognise the songs.”

Rod Stewart was the second-best seller. He went off to Los Angeles, marrying film stars and models and earning fortunes..

And there’s the trade off. I daresay you could walk down the street and not get that much attention.

“There’s the odd time somebody comes up to you in Tesco and says ‘Aren’t you so and so’. Sometimes they even get it right. But we all live pretty normal lives and I wouldn’t swap it for big stardom. Mark Knopfler said something about that, ‘Success is great because I can buy a 1959 Les Paul if I want one, but fame is just horrible’.”

You mentioned a book, and fifty-odd years of Lindisfarne could surely have given you enough stories for one. Just that one Dylan gig at St James’s Park must be a chapter on its own.

“It was absolutely something special, just a fantastic day. We opened, Santana came next and Dylan finished it off. The crowd was just fantastic. I’ve been to other gigs there and it’s a great venue. With a full house the atmosphere is just tremendous.”

And mention of St James’s Park leads on to the Gazza chapter and the 1990 recording of Fog on the Tyne. .

“It does unfortunately, yes. I hoped we might avoid football given Newcastle’s current plight but never mind. The Gazza thing was something that in the long term didn’t make much difference. Some people say it damaged our credibility but to be honest we didn’t have that much credibility at that time, 1990. We were hugely unfashionable then, in fact from punk onwards. We’d just reformed in 1976, we had Run For Home out as we were branded as old-time prog rockers which was unfair because we’ve always been a people’s band singing simple songs.”

Lindisfarne were the antitheses of prog rock. In fact, you were probably pub rock before the term was invented. Which also leads onto another great story, which was the only time you were ever on time for anything was when you visited a brewery. Please let that be true.

“It is. Theakston’s in Yorkshire. We were there early, we left at about four in the afternoon to do a gig in Sheffield which was great. The audience loved it but I don’t think the crew were too happy.”

You’re at the Robin next week and that’s another venue you’ve played a few times.

“We have. It’s a great gig, an old-school rock gig. It reminds me of some of the great American venues, one room with a stage at one end. Who could ask for more?”

One effect of the pandemic I’d never thought until I read it; it must have been doubly difficult because not only are you not working, but if it affects your lungs you might be finished as a singer.

“I don’t know if that’s happened to anyone but the whole thing did so much damage and we had no support from the government. Fortunately we seem to be coming through it. Fingers crossed, as we’ve called the tour. I’d say the audiences so far have been healthy – fingers crossed they were – but I mean healthy numbers. We’ve had a couple of sell-outs, a couple of festival have been really good. People are relaxing and enjoying it again. We haver to test ourselves every day, there’s extra security, extra stewards, that sort of thing.”

Your audiences are possibly a bit older, which means they’re more careful.

“You do see on the news youngsters jumping round like they’re in a moshpit but we play to theatre audiences and half the audience is wearing masks, which is interesting in the singing along part but they seem to manage.”

And you’re playing Newcastle at Christmas. The world certainly would come to an end if that didn’t happen.

“Of course it would. Fingers crossed.”