Not only is Villa v Everton the most-played etc… the fixture has also provided more than its share of memorable occasions. Being the Villa they’ve not always been the right sort of memories, but I can remember a couple of times, both of them in games shown live on TV, when the Villa have given a statement performance. The first was in 1989, when Sir Graham’s side showed in a 6-2 win that they were about to make an unlikely challenge for the title, while in 2019 the last time Villa supporters were allowed into this fixture proved that we were back in the big time, accompanied by one of the noisiest atmospheres enjoyed at Villa Park for many a year.

Time will tell just what Saturday evening’s television offering will prove. It’s still early days – in fact this was the first time Dean Smith has been able to pick what would probably be his first-choice matchday squad all season – but what we did see was that both manager and team can provide a different proposition to the one-dimensional system that brought mixed results last season. 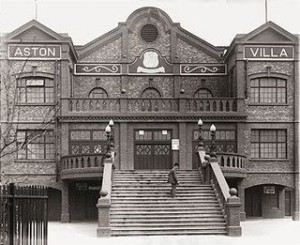 There was a bit of disapproval with the only change from the defeat at Stamford Bridge being the return of Emi Martinez. The team had played well against Chelsea but surely a different approach was needed at home to a side with much the same ambition as the Villa. At least there was plenty of potential to change the match with what must be the strongest bench Villa have ever fielded.

It was hardly a spectacular opening half, with the only real incident being a good chance for Tyrone Mings that was swell saved and John McGinn forced off with concussion to be replaced by Marvelous Nakamba. McGinn’s hopefully minor injury may have proved a blessing in disguise because Nakamba allowed Douglas Luiz to play further forward and Villa began to control midfield after the break. With an hour gone came a moment that showed just how well Villa are progressing. Many’s the time we’ve been coping with the opposition until they brought on a player better than those they started with. This time we were the ones making the change, Leon Bailey replacing Matt Targett with explosive effect.

Within five minutes Villa were in the lead, ten minutes after that the score was 3-0 and the points were won. Matty Cash got the first, finishing off some slick first-time passing as he advanced into the box. The second was an own goal that should be credited to Bailey if there’s any justice as it was his perfect corner that created the chance, if that’s the right word. And then Bailey scored the goal of the match, when he allowed a glorious long ball from Danny Ings to bounce a couple of times before hitting the back of the net with Huttonesque velocity. He came on, created one, scored another, got booked for celebrating it over-enthusiastically then was taken off shortly afterwards for what please God was just a precautionary.

Jacob Ramsey could also have scored, and a goal would have been just what he deserved for another mature display. Rarely has a player come of age so quickly; perhaps Villa made the right call in deciding not to sign another central midfielder. If Ramsey had arrived in the summer we’d be hailing a transfer masterstroke.

The second half showed that Villa in full flow can destroy average sides, last week showed that over a similar period we can match anyone. If we can put the two performances together and play like this over ninety minutes the future is looking brighter all the time.