Having moved from his hometown Rotterdam in the Netherlands to Birmingham, Dutch photographer Eli Dijkers went to explore his new neighbourhood when the world, in early 2020, had come to a standstill. Staying within a range of one 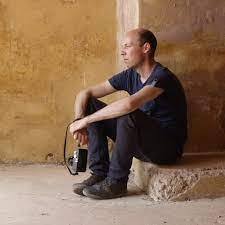 kilometre from his home in Harborne, Eli discovered empty lanes, street lights that shone for no-one, a lonely passer-by hurrying to a better place, a ghost in an abandoned city.

Photographing with an eye for detail, Dijkers documented a year in which ‘lockdown’ became a familiar saying, in colour and in black and white. Fifty-four of Dijkers’s photographs were selected to be bundled in a limited bibliophile edition ominously titled A Clot in Time. The book will be published by the end of June by Dijl’s Publishing House, Rotterdam.

The number of copies is to be determined on May 31st at midnight but will be restricted to sixty copies at most, fifty of which will be numbered 1-50 plus ten copies that remain hors commerce I-X. All copies will be signed by the photographer and provided with a unique, signed fine art print of a photograph that was not included in the selection.

Subscription will end on May 31, 2021 at midnight or as soon as the number of fifty subscribers has been reached. More details can be obtained by email dijlsuitgeverij@gmail.com