Birmingham domestic abuse charity Women Acting in Today’s Society have been selected by West Midlands Police to assist with the training of officers during Black Inclusion Week, 10th-16th May.

The charity’s CEO, Marcia Lewinson, and domestic abuse victims who have benefitted from WAITS’ services will feature on a new training video that will enhance the force’s existing learning and development programme. 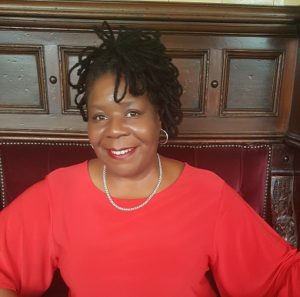 Marcia Lewinson (pictured) said: “It’s an honour to have been asked by West Midlands Police to create the video. The role the police play in domestic abuse cases is a vital one, and I’m pleased we can help to raise awareness of the needs of women and how best to strengthen relationships to support them.”

West Midlands Police is one of several UK organisations taking part in the inaugural Black Inclusion Week. They are marking the event by celebrating black colleagues and reflecting on how they can continue creating a force where everyone feels included and inspired.

Superintendent Sally Simpson said: “Working with WAITS to develop this video has ensured that we are listening to the voices of survivors to improve our service.

“Often women involved in domestic abuse feel silenced, WAITS and WMP working together are ensuring that they can be heard. I would encourage anyone suffering from DA to seek help from the Police and support from charities such as WAITS.”

WAITS was established in Birmingham over 20 years ago to help women achieve their goals, feel empowered and gain independence. They offer several services including a refuge for women fleeing from, or who are facing homelessness due to, domestic violence and a community integration project for women who have offended in the past or are at risk of offending in the future.