Mayoral candidates challenged to prove their commitment to green issues.

Candidates are being asked to commit to actions that the group say will ensure more people across the region can improve their connection with nature, and see the natural environment restored and richer in wildlife than it is today. 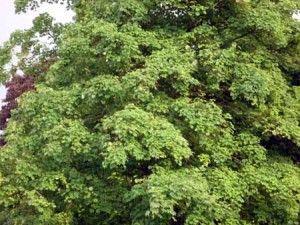 The UK is facing an ecological emergency: according to the 2019 State of Nature report¹ 41% of species have decreased in the UK since 1970 and 133 species have already become extinct. Factors such as climate change, pollution, urbanisation and agricultural management are contributing to this crisis.

Chief Executive of The Wildlife Trust for Birmingham and the Black Country, Delia Garratt said: “It’s crucial that the needs and benefits of a healthy natural world are understood by all of us and especially by those who are in positions of authority, like our mayor. Investing in nature can help to ensure a green recovery across the West Midlands that addresses both the climate change and the ecological crises we are all living in.”

Nick Sandford, Regional External Affairs Officer for Woodland Trust commented: “The Mayor of the West Midlands has a key role in driving forward the economy of one of the largest urban areas in the country with a population of 3 million people and has influence over a much wider area. We are asking the mayoral candidates to put the environment at the heart of the economy and consider the important role that trees and woods can play in helping to tackle the twin emergencies of climate change and loss of nature.”

Chris Crean, Campaigner from West Midlands Friends of the Earth said: “As the West Midlands votes in 2021 there is a need to focus on a new way forward. A better direction for people, our climate and our nature must be at the heart of these elections. The old normal was bad for people and bad for the planet. Today presents an opportunity to create a society that’s fairer, an economy that works for everyone, and an environment that’s healthy. But only if Metro Mayors do the right thing, and candidates commit now to prioritising action on the climate and ecological emergencies.”

The urgent need to see nature in recovery across at least 30% of land and seas by 2030 has been reiterated by the Government and is echoed in a ten-point plan recently published by The Climate Coalition.

The group are united in wanting to see mayoral candidates commit to a Green Recovery for the West Midlands area and have invited all candidates to a virtual hustings meeting. The meeting will take place via zoom on Tuesday 30th March 5.30-7.00pm.