Who is Hussain helps Birmingham children in home learning.

Who is Hussain is a grassroots social justice movement, with teams operating in over sixty locations around the globe, inspired by the timeless legacy of Hussain ibn Ali, a seventh century leader and revolutionary. 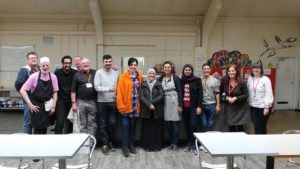 The Who is Hussain Birmingham team has been operating since 2013 by a group of volunteers, promoting the values of a man whose message to humanity was that every human being should be treated with dignity regardless of their cast, creed, race, or ethnicity.

To keep Hussain’s message alive, the Who is Hussain team has provided Tiverton Academy in Selly Oak with twenty laptops, which have been sent out to children who need them to make the most of home learning. This donation was made possible via the Who is Happen Foundation Covid-19 support fund.