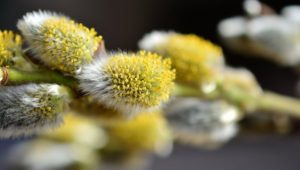 Spring has sprung. Well, ish, and for a couple of days at least. Snow, then mud. In the Cole Valley, which winds through Birmingham, the river is brown with silt coming in from Warwickshire. The hard woods are still bleak and spindly. But the catkins, those daft little furballs at the end of willow and hemlock trees, are popping out. Like crocus and daffodils, they advertise the coming of warmer weather. Or at least the promise of warmer weather.

I think the catkins, here in the winding Cole Valley that creates a welcome green line through the city, are a specific signature of the cracked willow trees that line the river. It’s a still day and Bill and I stop in the February warmth to hear the sharp sound of the willowy wood literally snapping vertically from the weight of winter. Crack, and there goes another splintering. 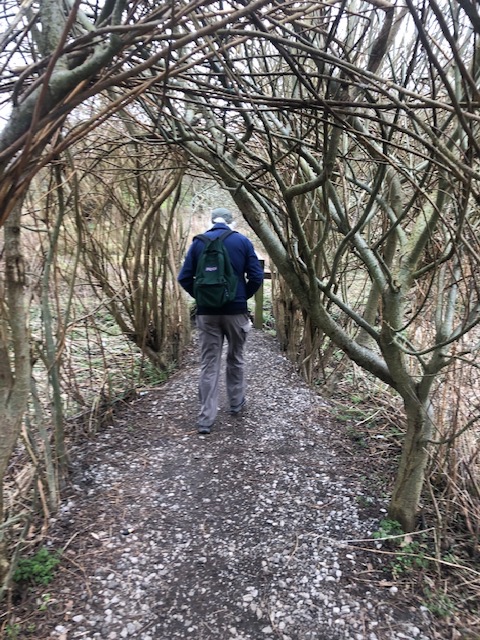 We enter Chinn Brook Reserve, a tangle of willow, oak and loads of birch. No sign of leaves yet. But plenty of fox and badger holes dug into the ground. We turn north and cross Haunch River. It’s bubbling away with the winter flow of muck, mud and hillside water. And then we walk through a willow tunnel that creates shafts of low winter light.

There used to be a load of mills in this city valley, for corn, wheat and small industries such as iron works. One was Sarehole Mill. As a child, Tolkien lived nearby and it is an urban myth (ergo, the truth…) that he used the mill owner as a model for one of his legendary figures, maybe Gandalf or someone with a long beard who spoke a creaky old fashioned language that only a Hobbit understood.

Today the Mill is a cafe and museum leaning heavily on this old story that has been propped up to keep alive the Birmingham linkage with the writer. How to get there? Go to the city’s Billesley neighbourhood and ask for he Hobbit Cafe. Really, no kidding. The Hobbit Cafe. Informally, it sits on the what’s locally known as the Hobbit Roundabout.

This warm weather in late winter means birds are easily spotted. They fly from tree to empty tree. The Cole Valley has seen kingfishers in its day with their darts of blue. But it’s usually chiffchaffs, flycatchers and blackcaps. And, of course, crows and robins.

It reminds me that in the past in late February, I was once walking near Stratford with its rolling big pastures and heard skylarks singing above me. It’s hard to spot skylarks, so beloved by Shelley and composer Vaughan Williams. The poet referred to it as the “bird that never wert”. It’s a line I never understood until I stood in that Warwickshire field with the blue sky above me like an upturned bowl and heard their melodies.

I never spotted them. But I clocked that Shelley line, I think. You get the skylark sound. But…well, they’re almost invisible – ‘never wert’ – as they rise and fall vertically on shafts of air. And it takes late winter days, with the hint of spring that offers clear light rather than warm drowsier summer light, so you can stand in a field and try to spot these musical critters.