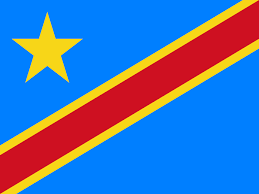 Whoa. Wait a minute. What’s that strange flag doing flying above? Who does it belong to? Why is it there? Well, before we kick off right and proper, I’ll let you guess. It flies on every pole in a country where 100% of the electricity is driven by renewables. Ten bonus points if you know it. More later….no peeking now.

And now back to life as we know it. If you live in a city during lockdown, you have to be a little more inventive in getting your body up and running, especially if you’re in a tower block. I never really was one for parks and recreation. Until recently, my default was to meet up with folks regularly once a week or so and head into the Malvern Hills, the Peak District, the rolling Warwickside countryside or the Clent Hills with its evanescent evening light as below: 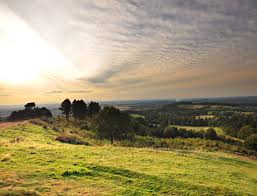 But now it’s all at a stop. And quoting the old boy boring you to death in the corner of a pub: “You don’t miss the water ’til the well runs dry.. and while you’re up there, mine’s a pint.”

He was right. I miss being out of a city with the big sky, rolling fields, woods and, of course, mud and rain. But English lockdown laws are pretty tough right now about what you can’t and can do. The faraway outdoor days are over for a while. But if the plan saves lives, it’s worth it. As for The Great Covid Mask crisis: It’s out of control for anyone wearing glasses. Walk into a shop and you’re walking around in a fog. My optician recommended a product called Fog On. She swore by it. Boy, was she wrong. I paid £6 for something that smudged my lens and turned mask-fog into an impenetrable white-out blizzard. 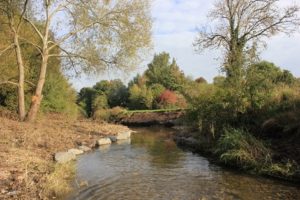 So, outside is best. For one thing, it means I can see instead of stumbling into a shelf full of soup cans and lunch flavoured quickie meals. So for now, an escape to open country is limited to a string of connected urban parks that thread through Birmingham. Two are near me. There’s the River Cole network (above) that cuts past Sarehole Mill which JRR Tolkien used as a location for parts of The Hobbit- as a kid, he lived nearby. And there’s the River Rea paths. Both are crammed with walkers, runners, cyclists, parents with kids, kids with parents, old folks wavering with walking sticks and a bird watcher or two. Many have smiles slapped on their faces.

As for that well that ran dry, yes, I do pine for a lot of emptiness around me with only the wind (and the mud and the rain) for company. And to kickstart my memory of those rural walks, I woke one morning to be greeted by the babble of an early BBC radio programme called Open Country. The presenter, who lives in Northern Ireland, painted a masterly picture of Loch Foyle. There was the big sky, the swans and the rumbly waters of the loch that separates Northern Ireland from the Republic. In so many words, she said this was her refuge from lockdown and, hopefully, whether living in that open Irish terrain or in a cramped city flat, everyone has to have their personal place to go. Hopefully….

For me, it’s back to that string of busy, packed parks. Some wag commented this week that it’s probably safer being out in the country because there are less people per square inch. He may be right. In a recent three hour hike, I ran into five people I knew. Everyone seemed right and ready for a good old chat. I mean, there’s only so much Netflix you can watch, so many spice racks you can re-arrange.

So, it’ll do. It has to. By the way, that flag belongs to the Democratic Republic of Congo. It creates all its electricity from renewables. It’s the tops in the world. Congrats. The EU stands at 34%, China at 27%, the US at 17%, Russia a mere 10%. Well done, the DRC.

3 thoughts on “Covid chronicles: Everyone needs a place to go”