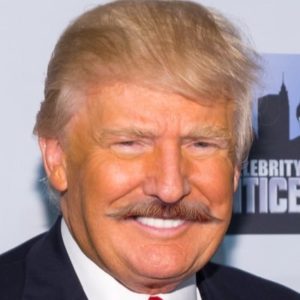 Mr Drudge (see above) told me: “Not only do I have the hugestest mid-range fleet of vehicles in the west, but I am also vice-president of the state’s QAnon Charity for Sick Kids which has raised literally tens of dollars and dozens of Russian roubles to aid the disadvantaged.

“Today, I spoke to my president as he played golf with a series of patriotic white supremacist Americans at his beloved Crap a Lago resort and he agreed that any monies not used for sick kids will be forwarded to his Keep Me Out of Jail Fund launched last night by his chief treasurer, the Hon Madame Melania Trump.”

Mr Drudge (see above) added, as he scraped cattle dung off his cowboy boots: “I will also be offering my high class range of Dakota-registered Teslas to my beloved commander in chief if he needs escorted security when he appears in court for protecting America.”

And the mystery vehicular financier, who allowed me to interview him in his underground safe house deep in the Black Hills, added: “And tell America, though I’m not in the public eye these days, I still offer the best deals on mid range SUVs, many fully equipped with military hardware and AM radio.”

5 thoughts on “The Elston report: We track down bigtime Trump moneyman”