Richard Lutz reports on a £20 million shortfall for the reopening of the Camp Hill rail line.

A plan to launch a new train service in the south of Birmingham has hit cash problems.

The rail link would re-open stations in Moseley, Kings Heath and Stirchley and run from the city centre to King Norton. But the £61 million renovation, due to reopen in two years, is cash short. Bosses have only found £40 million and are therefore £20 million short, according to a Central ITV News investigation by business correspondent Mark Gough. 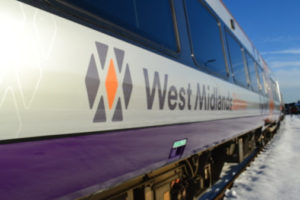 He’s unearthed a report being tabled at The West Midlands Combined Authority meeting this week which confirms the shortfall. It warns: “A revised approach towards delivery may need to be considered with the programme delivered over a longer time scale or an alternative scope.”

It’s unknown what ‘alternative scope’ actually means. But Gough reports that despite the money gap, work is still scheduled to start in November of this year.

He was told by Mayor Andy Street, who faces re-election this spring, that the Camp Hill Line completion is a major priority. “This line will open,” the mayor said in an interview.

Mayor Street explained that the West Midlands will be given £800 million this year for transport and this has been nodded through by Chancellor Rishi Sunak. This, he believes, could solve the funding gap. “I will be arguing it (the £800m) should be applied towards The Camp Hill Line,” Street said.

When the Camp Hill Line does finally go live, it will mean passengers will travel on its tracks for the first time since 1941.

A similar rail expansion going through the Black Country towns of Darlaston and Willenhall is going ahead as full funding has been pinned down.