As the saying/joke/cliche goes, just because you’re paranoid doesn’t mean they aren’t out to get you. You might wonder how much truth there is in that one because the Villa never seem to play the top teams when they’re in poor form. A couple of months ago Manchester United were struggling; we came up against them on New Year’s Day when they were in the middle of a run that’s taken them top of the league. Likewise, Manchester City were inconsistent at the start of the season 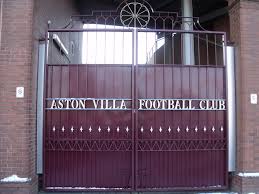 so naturally this fixture was re-arranged as soon as they started winning again.

That would have been daunting enough, but throw in the after-effects of the Covid outbreak that closed Bodymoor and you can start to see the size of the task facing Dean Smith and his side on Wednesday evening. And they’d have to acclimatise to the conditions as well.

The line-up that started the game was surprisingly strong after all the speculation, but the big question was going to be just how match-fit they were. And they had to be, because City on form take some stopping and had most of the play for most of the game. Jack Grealish was in his usual form and there were a couple of chances but Ross Barkley was clearly not 100% and Villa were having to defend well, which they did with comfort until the first turning point of the game, when Matt Targett was replaced by Neil Taylor with fifteen to go.

Taylor scarcely had chance to get into the game when the second turning point occurred. I said Villa were up against it, with the opposition in form and illness causing problems, but to make matters even worse, and more farcical, Jon Moss was the referee.

Every Culture Club reference that could ever have been made has been done to death but Moss the drummer was also in the Damned for a time and never has an occupation been more apt. It was a laughable decision, and if it was legitimately offside then the offside law is just as farcical. If your player kicks the ball and you’re in an offside position, you’re offside. What’s so wrong with that idea that it needs changing?

Dean Smith got sent off, which in the conditions was probably no hardship and Villa, with the players having given everything that could be expected of them, were in no position to either chase the equaliser or do much about the stoppage time penalty that would normally have been the big talking point of the game. I thought the VAR interpretations had been changed so that such decisions wouldn’t happen, but no. Is it me, or are they really out to get us.

In truth, Villa were second best throughout and a draw would have been a lucky point, city are probably the only team we’ve played all season who I’d fancy to beat us no matter what, but it’s still a sickener to visit this bleak and inhospitable terrain twice in a couple of weeks and be shafted both times. Deano will probably get into more trouble after his post-match interview, but if anyone brought the game into disrepute tonight he doesn’t come from Great Barr.

Up next are Newcastle, in another game that’s been re-arranged, and with a bit of luck their manager’s next visit to Villa Park will be as happy as his last few. Sorry, luck…what am I talking about? The Premier League will probably bring Mike Dean out of retirement.

One thought on “Aston Villa and so much to answer for”