Villa go down 2-1 to Manchester United. Dave Woodhall isn’t as annoyed as usual.

Villa started 2021 with the sort of event that happens most years – losing at Old Trafford. They also had the sort of event that happens to most teams most years at Old Trafford – the winning goal was a penalty. I’d say it was hotly disputed, but this is Manchester United and there’s no point even raising your voice. A United player goes down in the area; no matter whether there was any contact, intent or even which team the man nearest to the victim was playing for, a penalty it is. And for ninety minutes plus whatever stoppage time was deemed necessary, that was the only difference between the two sides.

Dean Smith yet again resisted the temptation to introduce much in the way of fresh legs into the side, with Tyrone Mings’ 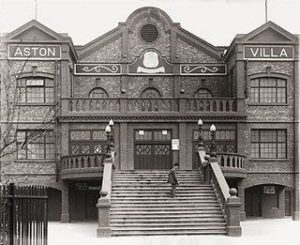 return from suspension the only change from last time out and still no sign of Ross Barkley. The team that was picked didn’t get off to a great start, but grew into the game and were unlucky to be a goal down at the break, when Mings misjudged a cross to give United the lead. I do like Mings, and there aren’t many better central defenders on the ball, but he does have the habit of not getting it at least once every game and at this level you can’t afford such basic errors.

After the break Villa hit back with a quick free-kick, a bit of genius from Jack Grealish, a bit of sharp play from Douglas Luiz and a quality finish from Bertrand Traore, whi is shaping up to be one of the buys of the summer. You knew what was bound to happen after that, and at least we weren’t kept in suspense for long.

There were chances at both ends during the last half-hour, with any worries about tiredness banished as Villa pressed for an equaliser. On another day Grealish, Mings and Matty Cash could all have scored but luck at Old Trafford is as rare a commodity as a referee who doesn’t play home advantage, so Villa didn’t get anything from a display that otherwise provided plenty to be cheerful about. If it was a two-legged cup tie I’d certainly be confident about going through at Villa Park.

We’ll play a lot worse and win comfortably, while the reaction from the United players at the final whistle showed that they knew they’d been in a game, and that Villa are once more a team to worry about. The end of the match also provided one consolation – unless something nasty happens in the FA Cup we haven’t got to come to this bloody place again in 2020-21.

With one of those coincidences that happen frequently in football, the game took place on the day after Tommy Docherty, who managed both sides, died. It says everything about The Doc that he got both relegated (even if he’d been sacked before Villa went down) but was still held in high esteem at Villa Park and Old Trafford. Docherty made many memorable quotes and one of his lesser-known ones came at the time he was sacked in 1969: “Aston Villa will play in the European Cup one day.” He could have said the same now.

One thought on “Aston Villa and another New Year”