Restaurants across Birmingham and the West Midlands are seeking a judicial review of the government’s decision to close hospitality within the highest Tier 3 COVID-19 areas.

A class action is being made on behalf of 256 restaurants, the vast majority of them in Birmingham, under the heading of the Birmingham Hospitality Group.

They are demanding that the government produces more scientific data in support of its decision to close pubs and restaurants, apart from takeaways, in Tier 3 zones.

And, if the government is unable to provide the data, the legal action calls for greater financial support for businesses to prevent them going under, or allow venues to trade as normal.

The lead complainant in the class action is Sam Morgan (pictured), owner of Craft restaurant, located on The Terrace at the International Convention Centre, and 8 restaurant in Centenary Square, both of which are in the Westside Business Improvement District area. 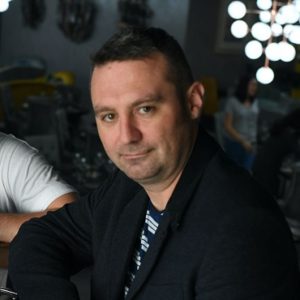 He said documents in support of the class action were being served on the prime minister’s office by 5pm today.

Mr Morgan said: “The class action calls on the government to provide one of three things, starting with more substantial data in support of their findings.

“If they cannot provide it, then they need to provide more substantial support for these businesses to survive, as some are on the verge of insolvency because of the Government’s arbitrary action.

“And, if they cannot provide numbers one and two, then they need to allow us to trade with relevant safety restrictions.”

Mr Morgan said the restaurants, which includes some in the Black Country, Solihull and Warwickshire, were taking legal action because of the “arbitrary and discriminatory action by the government in respect of the hospitality industry”.

He added: “Non-essential shops, gyms, and hair and beauty have been allowed to re-open but hospitality venues are still locked down. The treatment of the pub, bar and restaurant sectors seems particularly harsh and discriminatory.

“We have no problem in closing our venues in the name of health and safety but not in the name of Santa Claus. We are being sacrificed to allow people to celebrate Christmas in the least Covid-secure environment of their homes for five days. The government can’t just take any unilateral decision it wants to without being accountable to the public.”