Dave Woodhall watches Villa draw at Chelsea and looks to the future.

Christmas is often a time when the league table starts to take shape. Of course, there’s normally been a few more games played by this time, but no matter; where you are by now is where you start thinking you might end up and two games in three days is a test of squad depth as well as ability.

Villa went to Stamford Bridge hoping to get something out of the game, and even if that was really more hope than expectation it was a lot more positive than how we’ve been travelling for a long while. Tyrone Mings was suspended with Ezri Konsa 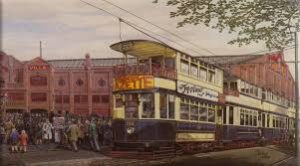 returning, which also says a lot about the improvement made by Kourtney Hause that he can keep his place in the side. Chelsea made six changes from their last game but still had a bench that had cost almost £250 million. For the moment Villa can only dream of such a selection dilemma.

Not that the eleven on the pitch were in any way intimidated or even made to look second-best for most of the afternoon. They matched Chelsea chance for chance, and even when Giroud scored his obligatory goal against the Villa there was still a feeling that this team could get something out of the game.

Five minutes into the second half and they did, when Matty Cash’s deep cross found Anwar El Ghazi making a run to the back post for his fifth goal in five. I did once say that El Ghazi might be worth trying as a striker and although that seemed like wishful thinking at the time, his current scoring record is making him every bit as valuable to the team as his more exalted colleagues. Speaking of which, it’s gone almost un-noticed that John McGinn has returned to form with a vengeance and another all-action display was almost crowned with a spectacular winner after his thirty-yard piledriver hit the bar in the closing stages.

But a draw was a fair result, and also the first time Villa haven’t lost this season after conceding first. It left us fifth, and while I’m still mentally counting off how many points we still need to avoid relegation, every performance like this is further proof that the season so far isn’t a fluke, we really are this good. It was also another game got through unscathed before the transfer window opens, and that makes me think that there’s no reason why, with a bit of luck and some judicious investment, that fifth place or something similar can’t also be where we finish the season.

As my mum would say, even the top clubs are blowing hot and cold this season, and anyone in Villa’s position who can put together a decent run of wins could find themselves very handily placed going into the final stages. Just look at Ollie Watkins, who might not have scored for a while but who in that time has been the unluckiest striker I can ever recall. A couple of his chances going a foot the other way, a couple of VAR officials not being so downright incompetent and Villa could easily be top of the league for the New Year.

To carry on a theme, this time last season I missed my goddaughter’s eighteenth birthday to watch a thoroughly dismal performance at Watford that made everyone present fear for both Villa’s Premier League prospects and Dean Smith’s job. By the time she’s twenty-one we could have won the title and he could be being measured up for the next Villa Park statue.