LoveBrum’s #OneBrum campaign, launched in early April, was created to help raise vital funds for local causes and unite the city in light of the pandemic.

The £30,000 landmark has been reached thanks to over £2,000 raised by a team of more than 40 runners taking part in their own virtual half marathons on Sunday October 11th – the date the 2020 Great Birmingham Run should have taken place. 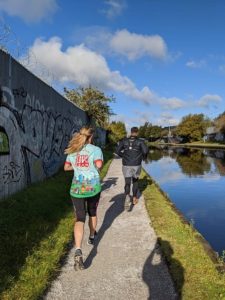 Paul Mitchell, executive director at LoveBrum, said: “We are so grateful to each and every person that has contributed – whether that’s by completing a virtual run, baking up a storm, taking part in a virtual quiz, hopping on a pogo stick – or any of the other wonderful activities that our supporters have been taking part in over the last six months.

“We asked the public to help us raise £25,000, and we have absolutely smashed it. There’s still plenty to do and we’ll continue to raise funds for people in our communities as long as our support is needed.”

#OneBrum funds are already being distributed to local charities and community projects across Birmingham. Donations have helped to deliver care packages to those most vulnerable still sleeping on the streets; provide advice, support and food parcels to those most affected by the pandemic; and support children, young people and families who have been affected by loss, bereavement, divorce or separation.

The appeal has temporarily replaced LoveBrum’s regular monthly rounds of funding, targeting a number of local causes delivering specific COVID-19 related initiatives, as well as helping LoveBrum to continue its own work.

#OneBrum has a simple premise; everyone in Birmingham is being asked to do just two things; donate £1 to support the work happening right now in Birmingham to support local communities, and do one thing locally to help – whether that’s phoning someone in isolation or completing a shopping drop to a vulnerable person.