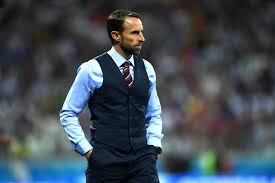 That’s a well dressed Gareth Southgate above. Doesn’t he look dapper on the England sidelines? I’ll come back to him later.

But for now, I’ll get to grips with a sudden illness that laid me low. All is okay now, but the recovery, I found, takes three times as long as being bedridden. There’s a dearth of energy, lower pangs to remind me that my body is a flappy bag of jelly, and no real will to do much. The internet lies untouched (this may be illegal), I don’t read, go out much (Covid helps a lot) and the TV (i.e. Netflix) is an empty void of violent colour and noise.

This means the diary has gone to fuck, little milestones have quickly disappeared and breakfast flows effortlessly into lunch. This, oddly, delivers an unsought sense of freedom. Time doesn’t drag so much as devolves into quaint irrelevance. There really is no need Do Anything.

The house sighs a bit, looks a bit more frumpy and careless, bills pile up, the car is untouched, newspapers remain unread. What I didn’t realise is how much we are painted by what we do. When you Don’t Do, you have to find another way of crafting who or what you are. We are formed by what is around us and how we operate in this landscape. And basically that means you’re on your own, fella. G’luck. There’s nothing to blame. And nothing to crow about.

This brings me to Gareth with his tight-fitting waistcoat, his sharp outfits as he pilots the England side, his hawk-like suited and booted persona. I had to crowbar myself out of the house this week, post-illness, for an appointment (tellingly, the only thing in the diary for ten days) and I decided to discard the sweatshirt and baggy trousers which I am stapled into these days. I decided to go Gareth: a suit, black Oxford shoes, a tie, strangely clean-shaven, smelling fresh and looking reasonably well groomed.

Remarkably, I found when I stepped outside. I walked slower, a bit chippier, rolled a bit with each step and felt two or three degrees better, simply because I was wearing nice clothes. I was a somebody again. The cloth hung appropriately from my frame rather than being a bag of wool with indeterminate stains spotted throughout. There was a sharp crease to the trousers. The feet had a nice clip to them. Though I have to admit that when I walked up to my High Street, there were one two looks as my suit strode past. “What’s with with that guy? He’s wearing…a suit and tie-up shoes. He even has a ring on…and is that cologne?”

They tended to walk around me, give me a broad swerve. Can’t trust a man in a suit. He doesn’t even have a baseball cap. Must be a lawyer or an estate agent. Or a tax inspector? 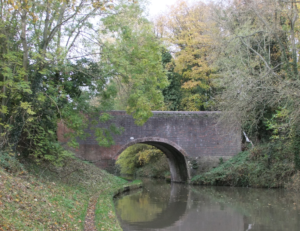 Getting out meant a shove away from inertia. I was dragged by B to walk a fragment of the Grand Union Canal which links Birmingham to London. Hey, it’s flat. I noticed that 100% (well, near enough) of canal boat pilots looked comfy and smug with their tillers and their dogs and seemed fine resembling Billy the Barge Man in baggy yet practical clothes, formless fleeces and old shirts. Kind of like how I usually dress.

And busy, too. Canal folks always seem to be tying and untying bits of rope, carefully checking paintwork or peering down the quiet waters towards The Great Lock on the Horizon. When they meet each other canalside, moored up, they always seem to be seriously debating firewood, cooking gear, rudder problems. In the canal (it’s hard to say ‘at canal’, as in ‘at sea’), there’s a vague gentle wave or nod as they chug past.

It’s their world. And they seemed to fit into the autumn foliage, drift through the mellow end-of-the-year colours lining the soft banks of the 100 mile waterway that gently curves between the Midlands and the capital. And not a suit among them.

Only once did a water kind couple drop their splendid isolation and with a speck of anxiety ask: “Are we anywhere near Shrawley?” (Answer: They were and staring straight into the village’s 400 metre canal tunnel).

They puffed away. I looked at my phone. The usual scam crap was in my junk file. But one stood out: Rhere, buried between Sexy Vanessa’s Secret Sins and Become a Bitcoin Billionaire (it used to be a mere millionaire) was a kind offer to pick my own personal five star funeral. NOW. RIGHT NOW. All I had to do with Click Here and I was set. Well…not yet, not yet. I have miles to go… etc etc.

3 thoughts on “An ill wind and a good suit”