A brand-new partnership has been confirmed between Birmingham Royal Ballet and Birmingham Repertory Theatre, which will see the two established companies combine creative ingenuity to stage new dance works in the heart of Birmingham city centre. The partnership will be launched with four shows for live audiences in October, following the recent announcement by the government allowing socially distanced performances to happen in theatres.

The world premiere performances of Lazuli Sky, choreographed by Will Tuckett, as part of a triple bill of ballet with live music from the Royal Ballet Sinfonia will take place at The Rep on 22nd–24th October, with around 150 tickets on sale to the public for each of four shows. The show will also be filmed at The REP for broadcast in November via pay per view media to audiences unable to attend the live shows.

This new partnership has enabled Birmingham Royal Ballet and The Rep to work together to find a way to entertain audiences and help revive Birmingham’s cultural life after lockdown. 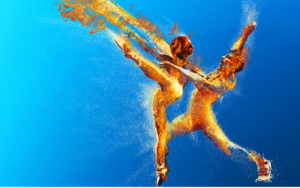 Sean Foley, also new to the job of Artistic Director of The Rep, and I spoke about an exciting cross-sector partnership, using the best of our creative networks in theatre and in dance to develop new work. It became clear that we shared a vision and commitment to making Birmingham the greatest city in the Arts.

Sean Foley, Artistic Director of The Rep says: “Carlos Acosta and I are both honoured to be leading amazing cultural institutions in a great international city. It is part of our job to amplify, celebrate, and create work about that city, delivering excitement and artistic excellence for the people of Birmingham and wider afield – both nationally, and internationally.

“Particularly now, in order to survive and thrive, the Arts must find new and inventive ways to collaborate and create new works. The Rep has an unrivalled pioneering history in UK theatre – from staging the world’s first modern dress Shakespeare, to being a national leader in community development and creative learning, it has always been a theatre that seeks the cultural collisions that make extraordinary art for ordinary people.

“This is the beginning of an exciting partnership that will encompass full-scale productions, and new ways to create audiences together. Combining The Rep’s own history with Birmingham Royal Ballet’s reputation for world-class ballet gives us both hope that we can help establish Birmingham as the very best city for theatre, for dance and the creative arts.”

Birmingham Royal Ballet’s autumn mixed bill will be staged at The Rep from 22nd to 24th October, with tickets on sale via birmingham-rep.co.uk, before heading to Sadler’s Wells in London from 29th to 31st October, with further information and booking details available in mid-September from sadlerswells.com.

Family groups will be able to sit together, but will be protected by taking neighbouring seats out of commission. The performance will be filmed at The Rep for broadcast in November, with more information to be confirmed soon.