Below are selected highlights (writes Sir Howard) from the dictaphone I glued under the Prez’s desk in the Oval Room when he wasn’t looking:

Pompeo: Remind me why again…

Don (gobbling a chili dog): But it’s unconstitutional. You said it yourself

Pompeo: I was talking about Nicaragua 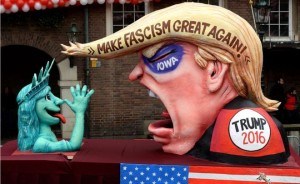 Kanye West: Not yet.

Don (shlurping a choco-mint frappe): Buy Nicaragua where they got no postal votes and I’ll say it’s a states’ rights issue. Tell ‘em I’ll throw in one of my sons- the stupid one- and a golf course in Scotland.

Don (downing a magnum of Diet Coke): Is that after September?

Mnuchin: It’s in the fall.

A full transcript of the meeting can be found at dickheadtapes.com