Richard  Lutz reports on a nation riven in two. 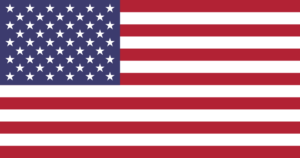 There are two USAs. And if ever you needed a portrait of a country split in half, look no farther than the back page of this past weekend’s Financial Times. There, sitting one on top of the other, are two articles. Each points to opposite perspectives of how the country sees itself and, crucially, how the outside world observes  it.

The smaller piece is a review of a book of photos called The Road Not Taken, by French cameraman Arnaud Montagard. It’s all ice cream floats on top of Formica tabletops, dusty back roads, bucolic views from the rear view mirrors of a car. It’s Hopper, it’s Kerouac, it’s John Denver. It’s the sleepy homespun world with Little League summer ball games every Thursday night, the fireflies darting in and out, the church hall clambake, the hot August lawns showered with a hissing sprinkler. The book seems deeply atmospheric. The FT calls it “an elegant gaze on the icons of American contemporary culture”.

But below this piece is a more clinical, more ominous peek at the modern US. It’s about Trump’s daughter Ivanka. Her commencement address to a graduating college class was rejected, so she slapped it on YouTube. Financial Times writer Jo Ellison says: “Ivanka is as poised, shellacked and polished as a wax figurine.” 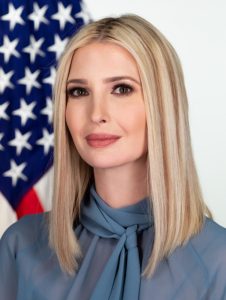 Her delivery is described as benevolent, kindly. The content is pure vanilla froth, a series of words stripped of meaning, devoid of weight, full of cod advice as if grabbed from a rambling bad Robert Frost poem. Ivanka tells the Wichita State University graduates: “The achievement of the hero is one he is ready for…the one he is ready for is the one that he gets.”

I had to read that twice to grab the gist of that little corker, delivered in a deathly flat tone. The FT columnist says Ivanka is reminiscent of the villainess in a teen dystopian film.

The Trumpian message is childish. It’s that simplistic, that boneheaded, as empty as a bubble. And dangerous, too, as if it’s geared for an audience that wants to digest this meatball psychology and to be nourished by her gobbledespeak.

i purposely didn’t click Ivanka Trump’s YouTube speech. Ditto for digging deep to find out more about The Road Not Taken. And for good reason; I’m intrigued by what these two articles collectively signal. After all, communications sociologist Marshall McLuhan did say half a century ago that the medium is the message. And the message here is of a riven country, one cracking right down the middle. And one that the media is happy to doubly portray. The Financial Times did just that, unintentionally. The US is a Janus nation. A nation split by a surfeit of wealth, the stain of poverty, an unresolved racial issue and duelling dual identities.

As for Ivanka, of course, she’s no fool, whatever you think of the corroded Trump dynasty. I think she is street smart, actually. I firmly believe she will soon work hard to enlarge her public persona. And for one reason:  I have a feeling that her father has secretly stashed away billions in a slush fund. And the reason is to bankroll his daughter into the White House later this decade. After all, “The achievement of the hero is one she is ready for….”  Et cetera et cetera et cetera.

This article is dedicated to the memory of my friend HR, who died this week from a Covid-19 infection,

4 thoughts on “The divided states of America”