Call for local runners to raise money during pandemic.

In the ‘run’ up to what should have been the Great Birmingham 10k, a local charity is calling on runners of all abilities to step up and complete their own 10k in support of good causes in the city.

LoveBrum – a registered charity that supports hidden gem projects across Birmingham – is encouraging both those who had signed up for the 10k, and those that hadn’t, to run their own race on Sunday 31st May (the planned event date) and donate £10 to its #OneBrum appeal.

Paul Mitchell, executive director at LoveBrum, said: “We know how disappointed many runners are by the cancellation of the Great Birmingham 10k. People will have put in a lot of training and miles in preparation for the event, and we don’t think that should go to waste. 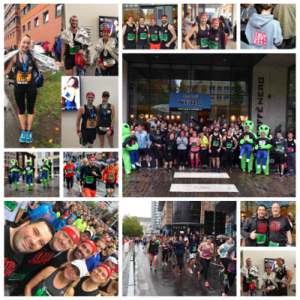 “All you need to do is sign up on our website, donate £10 and run 10k ‘alone-together’ anywhere you like; it could be around your neighbourhood, a local park – even your own back garden! We would love to see our supporters smashing the 10k and in the process help us to raise much needed funds for the vital causes we support in the city.”

You can register here and donate £10 to #OneBrum. In return LoveBrum will send out post-race medals to all participants, as well as providing a Spotify playlist to help you along the way, so we’re all running to the same tune!

There will also be prizes for the winning time, the biggest fundraiser, the best fancy dress costume and the most unusual location. Just send evidence of your run to [email protected], by sending a screenshot using a running tracking app.

You can share your updates, videos and images on social media by using #OneBrum10k.

The OneBrum campaign has already raised over £17,000, which is already being distributed to the four causes it supports; Beyond The Horizon, which helps children, young people and families who have been affected by loss, bereavement, divorce or separation; the As-Suffa Trust, which is sending up to 100 food parcels a day to the vulnerable, elderly and NHS staff; Inspiration Support, who are going out delivering care packages to those most vulnerable still sleeping on the streets; and Ladywood Helpers, a group of charity organisations, community projects, anti-poverty groups, foodbanks, churches and primary schools, which is providing advice, support and food parcels to those most affected by the pandemic.

To get involved with #OneBrum, go to www.lovebrum.org.uk or follow LoveBrum on social: @lovebrum To find out more about a LoveBrum membership, both individual and corporate, visit lovebrum.org.uk and click on ‘Get Involved’.