Simon Hale shares his choices with us.

As a bit of an introvert used to the limitations of isolation, I am quite content with the thought of moving to a desert island. But with music as a constant companion, having to choose only eight pieces to take with me has not been easy. My eclectic tastes change with time and mood. Hopefully, there would always be something I could turn to in my selection to help keep life sweet.

1 Sibelius: Symphony No 5
My daily walks often take me to the lakes and woods around Earlswood. I like to gaze at the wild geese flying over the water 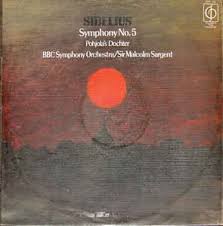 and listen to the wind rushing through the leaves. It reminds me of the tunes that Sibelius, inspired by the beautiful Finnish landscape, wove into his great late romantic symphonies. None is quite so moving as the ‘swan hymn’ from his fifth symphony.

2 Tchaikovsky: Swan Lake
I was introduced to ballet as a student in Liverpool with reluctance because I thought of it as being too ‘girly’. But after joining friends for a performance of The Nutcracker at the Empire Theatre, I came away hooked and have enjoyed ballet – especially the Tchaikovsky classics – ever since. I love Sir Peter Wright’s production of Swan Lake for Birmingham Royal Ballet… and its soaring score.

3 Mozart: Piano Concerto No 21
I have found the structured melodic and harmonic music of Mozart to be the perfect accompaniment to working; indeed, the perfect start to the day. I also love going to classical chamber music concerts. I have chosen a work by Mozart that I can listen to on any occasion. Nothing is more beautiful and appealing in his works than his piano concerto 21.

4 Rodgers & Hammerstein: South Pacific
A former director of the Orchestra of the Swan told me there are only two kinds of music: good music and bad music. South Pacific is most certainly among the former. I grew up in a household addicted to musicals and used to play the soundtrack to this exotic wartime story until the LP almost wore out. What music could be more appropriate for living on a desert island?

5 Puccini: Tosca
As a latecomer to this art form, my next choice takes me to the wonderful operas of Puccini. I would take Madame Butterfly, Turandot, and Tosca together as a box set if I could but, if not, I would settle on Tosca. It is chock-full of political intrigue in ways that make it so relevant today, as well as a dramatic plot, vivid characterisations and melodic music including my favourite aria ‘Vissi d’arte’.

6 Sting: La Belle Dame Sans Regrets
My only experience of seeing Sting live was when he took over a role in his musical The Last Ship in a doomed attempt to save it from declining box office sales on Broadway. The superb show about the demise of the shipbuilding industry on Wearside was as moving as many of his wide-ranging songs. He continues to do it for me in the jazz field with songs such as La Belle Dame Sans Regrets.

7 Simon & Garfunkel: Bridge over Troubled Water
I was seriously impressed by my late father when he bought an album that I thought was meant for me but turned out to be for him. Bridge over Troubled Water saw Paul Simon and Art Garfunkel at the heights of their powers and was the first of a collection of S&G albums that I gradually built up. From smooth ballads and fun songs, it has a title track that is so appropriate to our times. 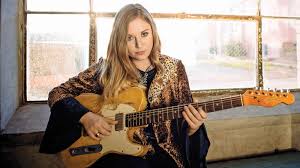 I first saw Black Country born Joanne Shaw Taylor perform at Birmingham’s Jam House when she was still a teenager and most people in the music world had not heard of her. She is now recognised as a top blues rock guitarist with several critically acclaimed albums to her name including Diamonds in the Dirt. I love her dexterity on the guitar and powerful husky voice on the title track.

If I could only take one piece of music? Then the Mozart.

As for my one object? A piano. I have tried to master the recorder, oboe and the violin at various times over the years without great success. The advantage of a desert island, of course, is that there would be no one else around forced to listen.

And the book? Jill Lepore’s ‘These Truths: A History of the United States’. I keep dipping into it whereas I should begin at the beginning and not be intimidated by the 800 pages ahead.