There’s plenty to look forward to.

A varied array of talent is being lined up at the Robin 2 in Bilston over the next few days.

On Saturday 22nd February a musician who can truly claim to have changed the world will be on stage. Glenn Matlock was the 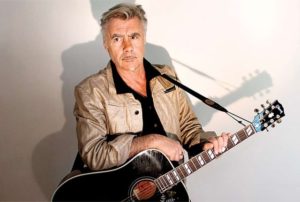 bass player for the Sex Pistols and largely responsible for their most controversial and influential material. Apart from the Pistols he’s played with the Rich Kids and a score of other bands as well as performing with legends such as Iggy Pop and the Faces. Also appearing in Matlock’s band is former David Bowie guitarist Earl Slick. Tickets £16.50

There’s a chance to see a new talent headlining a UK tour for the first time on Tuesday 25th. Jared James Nichols is a blues rock guitarist and singer from Wisconsin who has opened for the likes of Lynyrd Skynyrd, Blue oyster Cult and ZZ Top while releasing a string of highly-rated albums. The power trio he fronts have drawn comparison with Cream and Mountain. Tickets £13.75

A night of prog rock will be on offer on Wednesday 26th. Redbazar released their first album in 2007 and since then their original symphonic influences have taken on a harder edge. Dutch band The Dame add a feminine touch to their interpretation of the genre. Finally, IT have merged prog with multimedia over a career now lasting more than a quarter of a century. Tickets £14.50

In total contract to the Robin’s usual attractions, Thursday 27th will see A Night with Frank Bruno MBE, where the former WBC world heavyweight champion will be taking audience quetions. One of the most popular British boxers of all time, Frank is as engaging now as he was when he was in the ring. The evening is being held in ad of the charity Futures, changing futures through sport. Ticket £22.

Friday 28th wil see the return of a familiar face in the form of John Coghlan’s Quo. The former Status Quo drummer will be performing songs made famous by the band during their golden era from formation until his departure in 1982. Tickets £14.50

Details of these and other events taking place at the Robin can be found at therobin2.com or by calling the box offie on 01902-401211.