Richard Lutz explores 2,000 years of history in the Cotswolds. 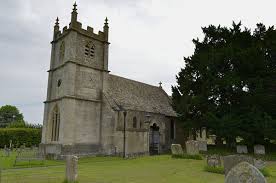 There is a small gentle wonder, something that makes pain go away, at St Mary’s Church in Great Witcombe.

It’s hidden in a valley. This church, with its little joy of mystery, is in a cup of land lying quietly in a curve just below the northern escarpment of the sinuous Cotswolds.

I’ll get back to this church later as I create a small cliffhanger why it’s worth peeking in and out of this Norman church just south of Cheltenham. But first, a small scoot  back in time.

We climb up the little valley and pass the bones of a Roman Villa. Here it is: 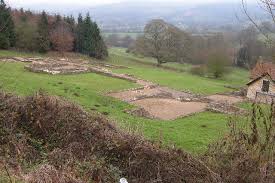 Once it was a bustling complex with barns, foundries, a temple, a kiln, bath houses and farm buildings. It housed Roman Britons between 200 AD until the Empire skeddaddled about 400 AD. Then it fell to the earth. Slowly, its mosaics, painted plaster, its stonework, tiles and its history and memories were scattered or re-cycled or forgotten. It became the past.

We walked around it, with more questions than answers. A modern nearby building, I found out later, housed remarkable mosaics that once decorated the floor of the villa that overlooks St Mary’s down in the cupped valley. Here is one: 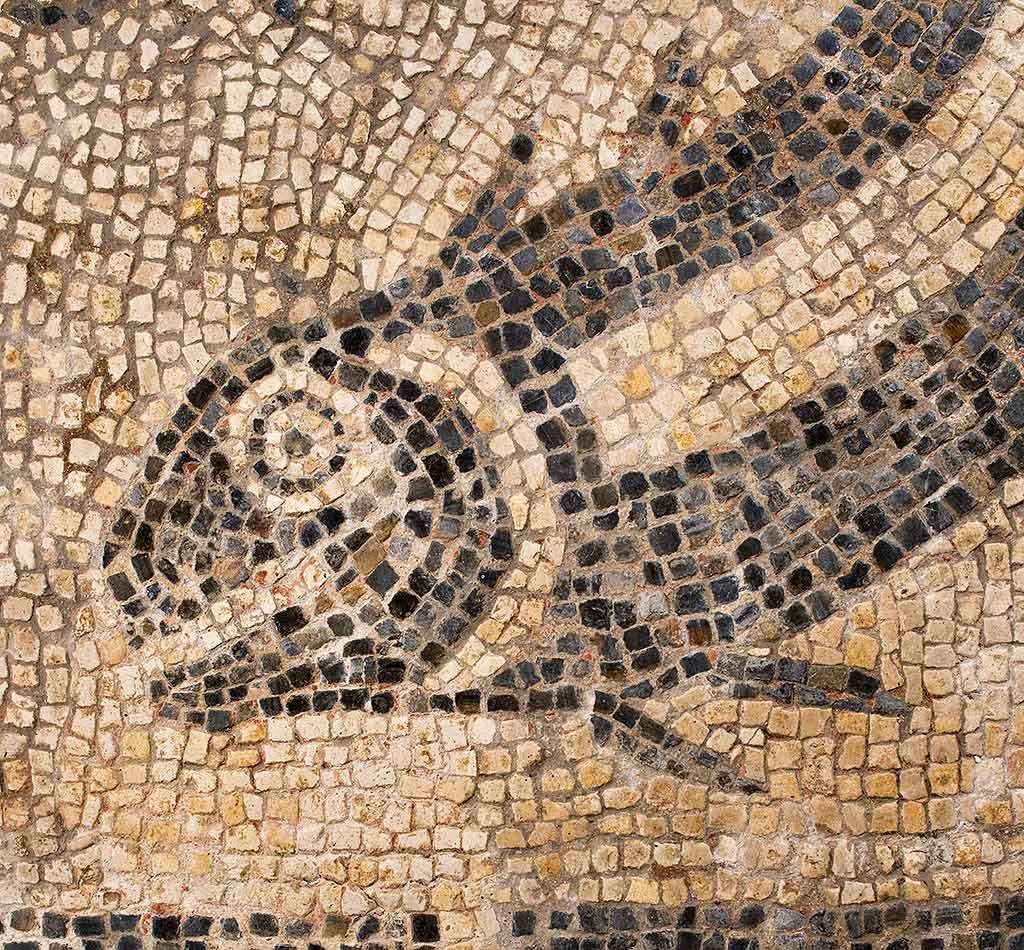 I made it large because it is so intriguing. I’ll make another trip just for these mosaics. We walk above the villa, its foundations now only three of four courses high, its marble insets long gone, its red painted walls decorated with white stripes only now remembered on tiny plaster fragments. The terraced site overlooks a rumbly little stream running down from the Cotswolds escarpment. Above the villa is a maze of paths through woods- old drove roads, cattle runs, sheep trails, jeep trails, walking routes. We cross Coopers Hill and follow the Cotswold Way, muddy with winter and crisscrossed with unnamed byways.

We leave below in that cup of land the millennia-old Roman villa. Below is St Mary’s, the church I promised to return to. 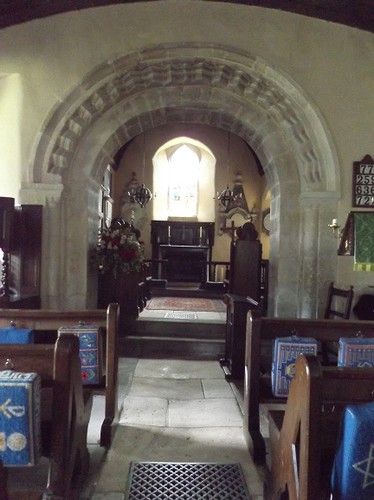 It has a handsome wood barrel vault ceiling, good medieval window glass and an untouched Norman chancel arch as above. But it’s outside that beguiles me.

In its cemetery is row after row of the local faithful. I spot a couple buried together. They were in their nineties and now lie cuddled forever in the church’s earth.They now share this valley with the Romans. I peek behind their gravestone for no real reason. I’m glad I did. There’s a whisper from the grave. Etched into the stone is a farewell, a fond goodbye.

It’s an eternal footnote, maybe written by the couple, maybe by their family. It’s simple. But says a lot. It reads: “We had a lovely time”.

4 thoughts on “This cup of land”